Learning to Laugh at the Hard Stuff, with Guest Michael Colyar and Musical Guest Ruti Celli on The LIFE CHANGES Show #532 Pg2 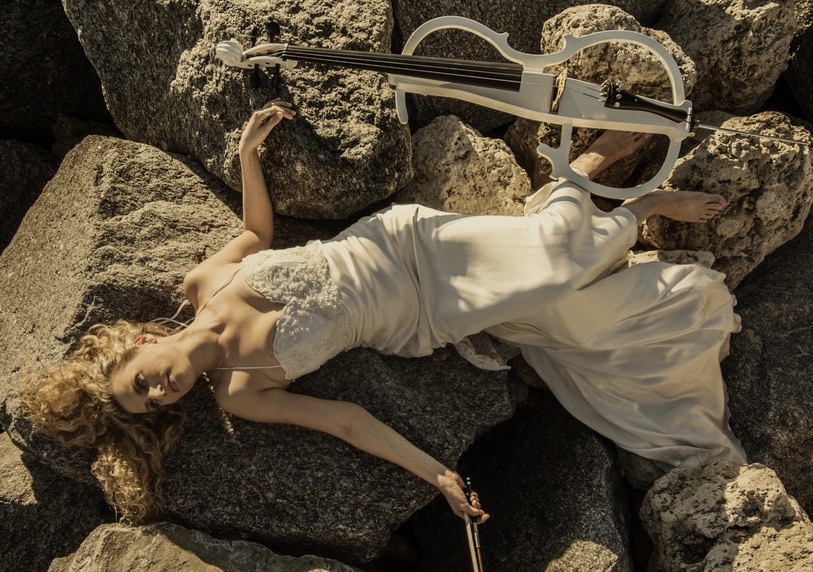 Classically trained cellist Ruti Machnai began her musical journey at the age of 8, exploring music at the highest establishments in Israel.

With an extensive orchestral & chamber music experience she moved to the US in 1997 to complete her degree in Cello Performance with Prof. Laurence Lesser at The New England conservatory of Music (Boston) after which she became a fellow cellist at The prestigious New World Symphony Orchestra in Miami (2000-2002).

In the past 13 years Ruti became involved in the fields of music production, developing a unique genre of songwriting- a cross between Classical, New Age/ Acid Jazz, Lounge, Trip hop & Dance music. Her productions eventually began including her own sultry vocals which led her to publish 2 solo albums- “Nocturnal Miniatures” and, “Its Just a Little Dream” (both published in 2015)- which she produced and performed on all instruments.

In 2014 Ruti established “Ruti Celli”, a brand expressing a meaningful connection with the cello as a songwriter, producer and performer.

In the summer of 2018 Ruti moved to LA. One her recent composition projects won an award for “The best soundtrack recording” at the Indie Music Channel Awards, 2019. The piece “Separate Journey” co-composed by Ruti will be placed on the soundtrack of the movie Raceland (2018).

Ruti is currently involved in 3 LA based collaborative projects:

1. Ferm & Celli- An improvisational duo with guitarist extraordinaire Fernando Perdomo. Together they improvise on some of the world’s finest platforms. In May 2017 Fern & Celli opened for Jazz Fusion Violinist Jean Luc Ponty at The Canyon Club in LA.  “Fern & Celli” also got to perform on “Cruise To The Edge 2019” as a Progressive rock act, after which they were voted on social media as “one the 5 best acts on the cruise that year”. They release their debut album “The Conversations” in February 2017.

2. “Into The Frequency”– A production project based on Ruti’s original material that expanded into a partnership with Keyboardist & songwriter Dave Schulz (Goo Dools/ Berlin) with whom Ruti plans to release & perform their entire new collection of songs. They have recently debuted their single “Handle All That” at the Viper Room in Hollywood.

3. Ruti will be touring this summer with International singer songwriter Caroline Waters (Norway/ LA) performing original material and improvisations all over Scandinavia, promoting both of their music.

More About Ruti Celli at www.ruticelli.com