Popular Shows
Home Archived Doing It for the Love of the Game, Ep 642 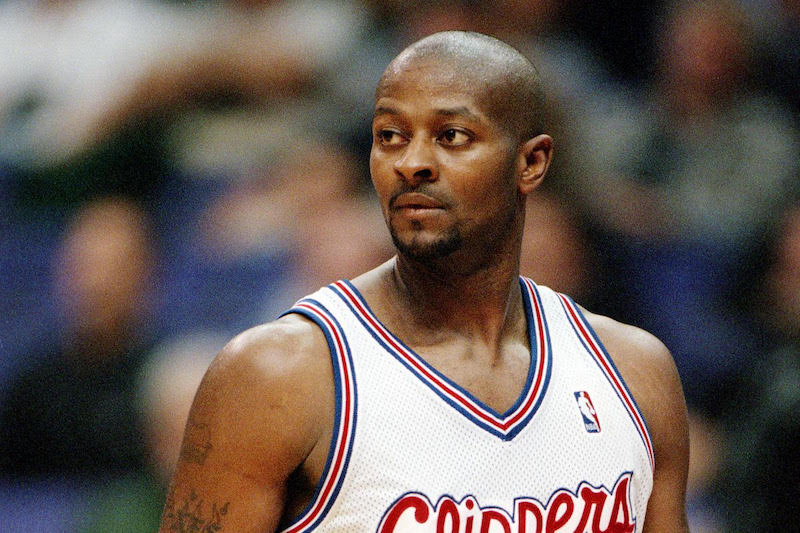 Tyrone Nesby was born and grew up in Cairo Illinois in which His basketball career began while playing basketball as a high school freshman at Cairo High School. During Tyrone’s High School Junior Year, He made the All-State
First Team and was named Player of the year for Southern Illinoisan. Other high School accomplishments include; I.B.C.A.-All Southern Illinoisan, 3rd in Balloting-Mr. Basketball in Illinois, Illinois Slam Dunk Champion–Class A, All-State Tourney-First Team.

Tyrone played two seasons at Vincennes University between (1994-1996), over the next two years Tyrone was recruited by the University of Nevada, Las Vegas (UNLV) REBELS in which he played at UNLV between (1996-1998). During his two year tenure at UNLV, Tyrone made an imminent impact by leading UNLV in scoring at each of his two seasons with averages of 16.5 and 15.8 points per game. The 6-foot-6 inch forward scored 1,050 points to rank 33rd on the all-time UNLV scoring list.

After graduating from UNLV with a Bachelors of Arts in Criminal Justice in 1998, Tyrone played in Europe
for the Sioux Falls Skyforce (1998-1999). After playing a year in Europe, Tyrone came to the United States in 1999 and played with the Los Angeles Clippers (1999-2000), He moved on to play with the Washington Wizards (2000-2002) in which he had the opportunity of playing alongside one of the greatest basketball players of all time, Michael Jordan during those two years.

Tyrone Nesby was brought to the Wizards by Jordan, Jordan himself pushed for the trade that sent center Cherokee Parks to the Clippers for small forward Tyrone Nesby. Nesby was perfectly cut from the Wizards’ mold. Michael Jordan said I loved watching Richard Hamilton slither off screens, and I was fast becoming a fan of Courtney Alexander and Tyrone Nesby. “Washington Post” Tyrone has been coaching AAU basketball for over 10 years and is currently coaching as the Men’s Head Basketball Coach for Muhlenberg High school in PA.

In Tyrone’s two year tenure with the “Muhls” Tyrone has been able to lead his boys high school athletic team to breaking multiple historical basketball records, such as the breaking the schools 3-point shooting scoring record in over 29 years, leading the team in districts to the finals and advancing to state, making it through to the second round. Tyrone is actively seeking to pursue his basketball goal of becoming a collegiate basketball coach. Tyrone’s reputation as a creative and experienced basketball player and mentor can be an attribute to any collegiate organization to attract top talent.