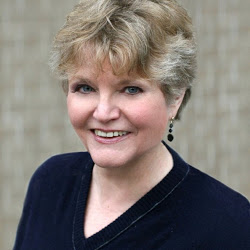 Meredith Wiley possesses a unique blend of strategic research and analysis, hands on experience managing projects and people, as well as many years of experience in campaigns and elective politics, public policy, press and communications, and public speaking. She is a former prosecutor with a long track record of getting things done.

Meredith Wiley recently retired after 10 years as the director of Fight Crime: Invest in Kids New York, part of a national bi-partisan, non-profit anti-crime organization made up of police chiefs, sheriffs, prosecutors, victims of violence and crime prevention experts.

In her work for Fight Crime: Invest in Kids, Meredith worked with more than 300 law enforcement leaders to promote a research-driven four-part Youth and School Violence Prevention Plan through public education and advocacy, with special emphasis on educating legislators and policy leaders on the crime prevention benefits of quality investments in children and families.

Prior to moving to New York, Meredith served as chief of staff to the Oregon Speaker of the House where, among her other duties, she managed the “Children’s Care Team,” a Blue Ribbon task force charged with restructuring Oregon’s child protective services to make them more effective and more preventive in their focus.

Currently Meredith resides in Fresno California where she is the policy consultant for  children and family policies and editor of  “Our Children This Month,” a monthly electronic policy digest targeted to the Central Valley child advocacy community. It provides access to relevant local, state and national news, research and trends, updates on the progress of key federal and state legislation and local policy information.

Meredith co-authored, with Robin Karr Morse Ghosts from the Nursery: Tracing the Roots of Violence, an eye-opening book that explores the impact of early child abuse and neglect on child development and crime. (Grove Atlantic Press, 1998, 2nd edition 2013).  Meredith and Robin also co-authored Scared Sick: The Role of Childhood Trauma in Adult Disease, which was released in January 2012. It explores the long-term impact of early trauma on lifelong physical and mental health. This was followed in 2021 by the release of The United States of Trauma: How a Pandemic Unmasked America.

More about Meredith Wiley, her work, and her books at: