Change happens, and lately—there’s lots of it, and much more is coming.

Love it or hate it, our current generations have experienced more changes in their lifetime, then arguably, the whole of civilization in recorded history. Along with all the great changes happening, there have been some dark consequences, such as; an increasing number of suicides due to depression, random violent shootings, addictions to anti-depression drugs, stress-induced illnesses, obesity, economic disparity, homelessness, etc., proving that many are having a difficult time with some changes.

LIFE CHANGES is setting new trends and ushering in a new paradigm, featuring conversations with experts who have either changed their lives, changed the lives of others, or are changing the world in their own little or big way. From activist celebrities to people who have achieved extraordinary things; from spiritual leaders, futurists, to book smart, degreed and/or doctored scientists, physicians, and scholars; hear what they have to say and be part of a conversation that matters on ways to become the new “cool,” be in the know, in the now, and flow with life’s changes.

Last year, we moved our studio and now these inspired conversations take place in Downtown LA at Los Angeles Center Studios in The Vortex Dome, a unique immersive CineTheater—designed to create a feeling of awe and wonder.  Just what we all need in these times of change!

Filippo Voltaggio, Author, Speaker, Life Coach, and TV and Radio Host, has incorporated the years of experience from being in front of, behind and on the little screen, the big screen and live stages into every thing he does.  His passion has become incorporating all his gifts and using them for the good of many.  From his singing, writing, hosting or one on ones to many on ones, Filippo brings it all together to create a unique experience all his own for all to make their own.  Read More… 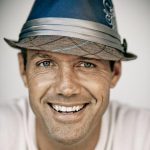 Mark is Producer & Co-Host of “The Life Changes Show.” and CEO of Vortex Immersion Media, the world’s leading designer of transformative 360 immersive entertainment experiences. Dubbed “Community VR,” Vortex live concerts, stage shows and experiences feature surround video & audio, spectacular visual effects and real-time interactivity.   Like many of us, Mark has a robust and intimate relationship with change, both personally and professionally and has chosen to use the experience gained along the way to serve the greater good via immersive media and transformational events. Read More…

Dorothy Lee Donahue’s journey to LIFE CHANGES was a difficult but necessary one for her to become who she is now and what she now does in the world. Scholastically tested and recognized as a genius as a child, Dorothy also had strong intuitive gifts and she felt misunderstood and underappreciated in a “look good,” “proper” traditional Texas family..  Read More…

DISCLAIMER
All text, images, video, audio and other such content found on lifechangesnetwork.com is being used for entertainment, support and/or educational purposes only and falls into one or more of the following five categories:

1. Original creations of lifechangesnetwork.com and are protected under U.S. copyright law.

3. In some cases special permission has been granted from the copyright holder to use a specific media (credit is given when requested).

5. Taken from sources believed to be in the public domain. These media items, which are widely distributed for free use on various Internet web authoring sites, are freely available on the world wide web and have been compiled from various public media sources or have been submitted by users of the site through e-mail or other means. It is assumed that all such media is indeed in the public domain, but since such images are passed around freely between sites, it is not always possible to trace them back to their original source. It is possible for copyrighted material to inadvertently end up on public domain sites.

In the event that there is still a problem or error with copyrighted material, any possible breach of copyrights is unintentional and will be removed immediately upon request.