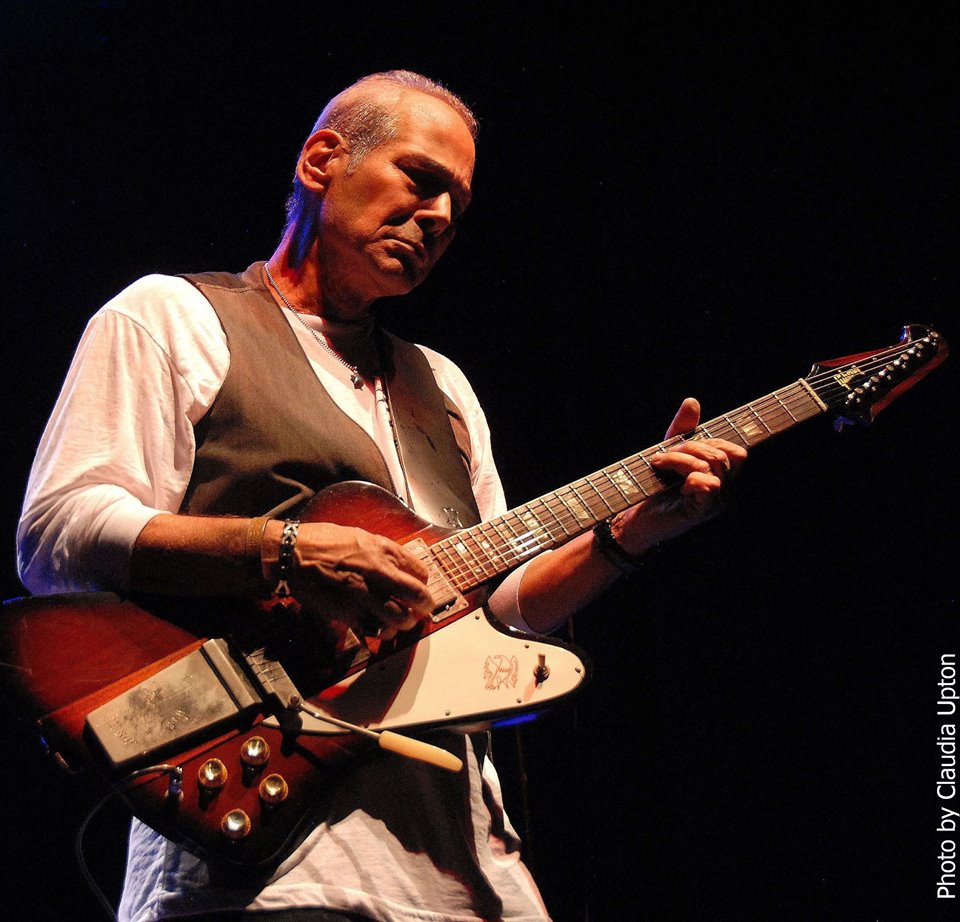 Born and raised in Chicago, Kal’s recording career began as a teenager when, as a member of Kal David and the Exceptions, he was signed to a contract with King Records and later to Vee-Jay Records. Another member of the group was Peter Cetera, who later became the vocalist for a band known as Chicago.

Later on, Kal joined musical forces with guitarist Paul Cotton to form the group, The Rovin’ Kind. This band recorded for Dunwich Records and following a name change to Illinois Speed Press and a move to Los Angeles, Kal and Paul hit their stride, recording two critically acclaimed albums for Columbia Records, Illinois Speed Press and Duet. ISP was so loved that these albums have recently been re-released by popular demand.

Kal and Paul’s efforts with Illinois Speed Press served them well, for as Paul went on to become guitarist for Poco, Kal moved to Woodstock, New York, where he formed the Fabulous Rhinestones with ex-Electric Flag bassist Harvey Brooks. They recorded three well-received albums: Fabulous Rhinestones, Freewheelin’ for Paramount Records, and Rhinestones for 20th Century Records. With the Rhinestones, Kal refined his talents as a guitarist, vocalist, and songwriter to the point where even today, long after its disbanding, the group is remembered with fondness and respect for its musical contributions.

While in Woodstock Kal met his singing, writing and production partner, Miss Lauri Bono, who is a featured member of Kal’s band. After a move to Los Angeles in 1978, Kal and Lauri made a commitment to the Blues. In the studio or on tour, it was evident in their work with Blues great, Etta James, or Louisiana’s own, Johnny Rivers, Kal on guitar and Miss Lauri and Kal on vocals. In the mid eighties Miss Lauri did a short stint with Bette Midler as a Harlette and Kal joined John Mayall and the Bluesbreakers as featured vocalist and guitarist, replacing Mick Taylor.

As a solo artist in his own right, Kal recorded two albums for SoulCoast Records, Never a Dull Moment and Double Tuff featuring the Tower of Power Horns. With chart topping, impressive sales internationally and numerous television appearances, including a one hour Kal David special on Ohne Filter, Germany’s premier concert series, Kal’s reputation for amazing performances has grown.

A move to Palm Springs, California in search of a more relaxed and creative environment resulted in a decision by Kal and Lauri to open their own incredible Blues club, Blue Guitar. They successfully ran and performed there for more than 6 years. Many of the Blues greats like King Earnest, Finas Tasby, Johnny Dyer, JJ “Badboy Jones,” and Randy Chortkoff and many more were often featured artists in their shows. They delighted many audiences from near and far. They created a “Blue Guitar family,” and when they sold the club in 2004 to keep up with the demand for touring, they were inducted into the Palm Springs Walk of Stars and presented with their own star in front of Blue Guitar. Three live CDs; Kal David… Live at Blue Guitar… by Request, Kal David… Live at Blue Guitar… Last Call and Lauri Bono… Live at Blue Guitar… Last Call, were recorded there.

Kal’s dedication to the proliferation of the music he loves has inspired him to pass along his knowledge and experience to the younger generations. As a guest artist at the esteemed Berklee College of Music, Kal has given several lectures/performances for eager groups of some of the finest upcoming talent in the country. In addition to Berklee, Kal has also taught at the National Guitar Workshop. He and Lauri raise funds and give lectures whenever possible to put instruments and music back in the schools. They believe that every child should have the right and access to music education. It is a proven fact that it helps in all other aspects of learning. Music defines our lives and lights the fire of passion. In another teaching endeavor, Kal’s very popular Blues Guitar Master Class DVD series is fueling the fire for a lot of new and established guitar players. Kal says, “It is incredibly wonderful and satisfying to share my years of learning and passion for what I do with a class and know that I have made a difference in their lives!”

In 2010 Kal and Lauri self produced their latest CD, Crossroads of My Life on the Crytone Record label. This CD pays tribute to Kal’s past 40 years in the recording business… reworking old favorites and newly written songs, all culminating in the title track, “Crossroads of My Life.” The CD has received critical acclaim, and the honor of being in the top 100 for radio play for 2011.

To fully experience Kal David’s tremendous talent, you must see him live. Kal’s soul-baring voice and blazing guitar playing along with Miss Lauri’s sassy, soulful vocals will provide you with an unparalleled electrifying performance!

“Years ago I started a jam at the Cinegrill, in the Hollywood Roosevelt Hotel…. It was one of those nights when a lot of players were just coming on stage unannounced and took a turn playing the Blues. One of those players was Kal David. Kal just plugged in and started playing on some long blues medley we were playing. When it came to his solo, it was like a flashback to my childhood in South Louisiana when the real players such as B.B. King, Johnny Guitar Watson, Jimmy Reed, John Lee Hooker, and the like would come thru town. The best of the players knew, this guy was the real deal…. I had found my favorite guitar players all wrapped up in one. Kal’s vocal style and sound matched his guitar playing – it was also the “real deal.” Growing up in Chicago had served him well. However, his singing and playing have since evolved into much more. Kal David has become a combo of all the best Blues guitar and vocal styles of the last 35 years….”
-Johnny Rivers