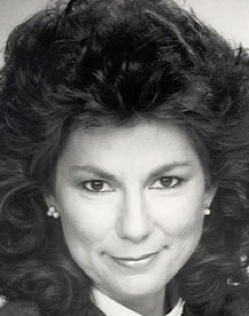 Pat Lynch, the founder and President of WomensRadio and WomensCalendar, produces media and provides media services for women. As part of the service package, she also provides press releases through PressYour Point and audio communication through Audio Acrobat. Pat founded Women’s Online Media and Education and Educational Network (WOMEN) in 1996 in order to produce WomensRadio.com and WomensCalendar.org.

When asked what had promoted her to found this company, she said it was “to give women a larger voice over a broader geographic basis.” At that time, and actually still today, both radio and TV are controlled by a “handful of men who choose who gets on and whose message gets heard.” Especially now, after all of the consolidation of stations, there is little, or no, diversity of opinion. She, therefore, saw WomensRadio as a crucial element in making certain that women had a voice and were heard. Pat went on to say that, “since the business and financial world was created by men, it is logical that they are still in control of its media.”

Women have not made great strides in the media industries nor in their management, and, as a consequence, few have been mentored or coached. Pat learned a great deal about launching alternative media when she worked with Ted Turner in Atlanta, at a time she was running her first PR and advertising firm. “With the consolidations, there is even less interest in talk radio than there was before, and, in part, this is due to its expense. The web has opened the door to expansion of new voices,” Pat said , and she is preparing to walk through that door. One of her goals is to syndicate to “real radio” where programs can be heard over the traditional air waves, so that more women’s voices can be heard.

She now has a radio “Hub,” on the World Wide Web. Coming soon will be the WomensRadio “Channel,” another Web-based technology that will deliver a number of radio programs in a special file to thousands of other Web sites, including those of real radio. The next step is to negotiate with “real” radio to syndicate on aire programs for their audiences. “We will be using an advertising model that will allow us to negotiate the amount of commercial time the program retains,” Pat said. “Bartering” with the stations for commercial time is the usual method of “deal making” in placing syndicate programs into real radio. With current stats for women using media plus the statistics that are provided by her AudioAcrobat program, she will have concrete information to demonstrate the power of the women’s market.

Pat numbers among her clients over one-half a million women most of whom own their own businesses or are actively involved in corporations, government, non-profits, or educational institutions. Her media regularly acts as a Media Sponsor for large women’s events such as the California Branch of the American Association of University Women (AAUW) which has one of the largest memberships of women in California and which has 180,000 members across the United States. Actually, you are likely to find that Pat is the 1 sponsor for any event that she believes will truly benefit women. For example, she sponsored the last California Governor’s Conference which attracted some 12,000 people, and although not as large, the just as powerful Professional Business Women’s California Conference which drew a crowd of some 6,000 attendees, and smaller new events such as “Powerful Outrageous Women,” sponsored by Sony Metreon or the “Executive Symposium for Women Business Leaders,” sponsored by Employee ROI to give women an extra boost to the Boardrooms.

The growing worldwide interest in the international thrust of women business owners was spotlighted by a program originating from Canada, “Women trading Globally” for which she was also the sponsor, and when the National Women In Business Expo (some 5000 are expected to attend) is held in Toronto in September, her media will also be the sponsor of that event, too.

After learning about her organization’s sponsorship of these major events, we asked Pat just what “sponsorship” meant. “Well, corporations generally buy media time, but we give these organizations the time or trade space in exchange for covering the event.” Obviously, both parties to this exchange profit. The programs are promoted to hundreds of thousands of women leaders while Pat’s media gets an on-the-ground presence.