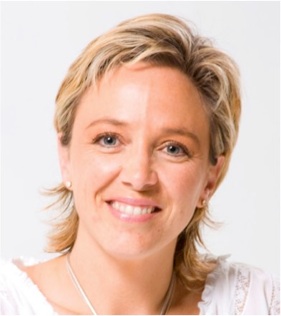 At the age of six she awoke to her interest in music and singing.

At 11 she was selected to join the children’s musical group “Lasser” in which she remained for three years.

Part of her childhood and adolescence was spent as a camp counselor at “Camp Lomas Pinar” which sparked her love of teaching, contact with nature, writing and contact with God.

14 years ago she began her studies in meditation and pranic breathing under the instruction of Filiberto Segura, to who participated in numerous retreats of silence, healing and personal growth. Fernanda began practicing Yoga in 2000 and began her training as a teacher in 2003 under the instruction of professional teachers in Mexico City, United States, Canada, Holland, Germany and India, specializing in therapeutic restorative Yoga and stress management.

In 2006 she opened her own studio and where she teaches Yoga in motion and her own style and philosophy.

In 2008 she opened a school for Yoga, meditation and healing.

In September 2010 she was selected and certified as a Mentor and became one of the world’s first Certified Reconnective Yoga Instructors from the Reconnection. Since being selected as an Official Representative for the Reconnection, Fernanda has been dedicated to traveling the world doing press interviews and translations for Eric Pearl.

She is also a member of the global team of teaching assistants.

Once immersed in the grace of the work, she was inspired to sing for her Yoga classes and meditations. In her voice she discovered a key to help people to evolve in a higher frequency level trough her chanting, and inner transformation.

In February 2010 she released her first album of Mantas focused on evolution. In the middle of 2012 she will be releasing her new album. Find Fernanda on Facebook at Fernanda Delgado Yoga and learn more about her Reconnective Healing work at www.The Reconnection.com