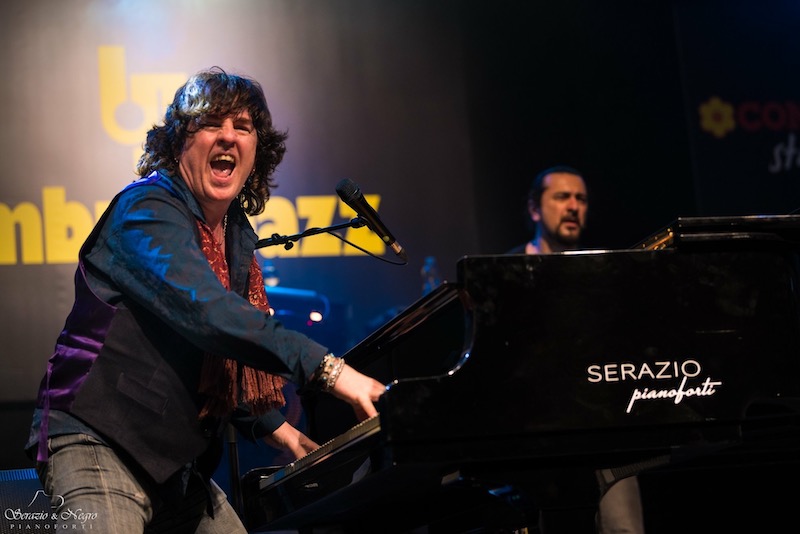 Called a “keyboard wizard” by The New Yorker, BOB MALONE has amassed a loyal international fan-base through twenty-five years of touring and nine critically acclaimed album releases. He’s played keyboards for John Fogerty since 2011, and has been a session player for Ringo Starr and Avril Lavigne.

His recording of “You’re A Mean One, Mr. Grinch” was the theme in the 2018 Illumination/Universal movie trailers for The Grinch. MusicRiot UK says “His solo work pulls in elements from classical, soul, blues, rock, funk and jazz into a glorious fusion that’s pure Bob Malone.”

Bob has been featured twice at WWOZ Piano Night in New Orleans. As a member of John Fogerty’s band, he’s played New Orleans Jazz & Heritage Festival, Radio City Music Hall, and The Hollywood Bowl and is featured on the 2019 concert album/DVD “50 Year Trip: Live at Red Rocks” and the 2013 release “Wrote A Song For Everyone.”

In its review of the album, American Songwriter said: “From complex turbo-charged polyrhythmic soul-jazz excursions to the most fundamental folk-rock anthems, Malone knows how to light it on fire.”

His songs and his playing have been heard on NCSI New Orleans, Entertainment Tonight, Lucifer, and The Hallmark Channel.

“A Keyboard Wizard.” ~ THE NEW YORKER

“[Malone’s] take on Bob Dylan’s ‘Tangled Up In Blue’ breathed new life and energy into it, but the one that blew me away was ‘Oh Well’ by Peter Green’s Fleetwood Mac.” ~ BANGOR DAILY NEWS

“Wondering why nobody writes songs like your old favorites anymore? Bob Malone is the kind of guy that could make you weep.” ~ PALM BEACH POST

“If he could find a way to throw that Steinway grand over his shoulder the way a hot-dog guitar player does, I think he would.” ~ NOLA DEFENDER

“Keyboardist Bob Malone may have been the best musician on the stage outside of Mr. Fogerty himself.”
~ PITTSBURGH POST-GAZETTE