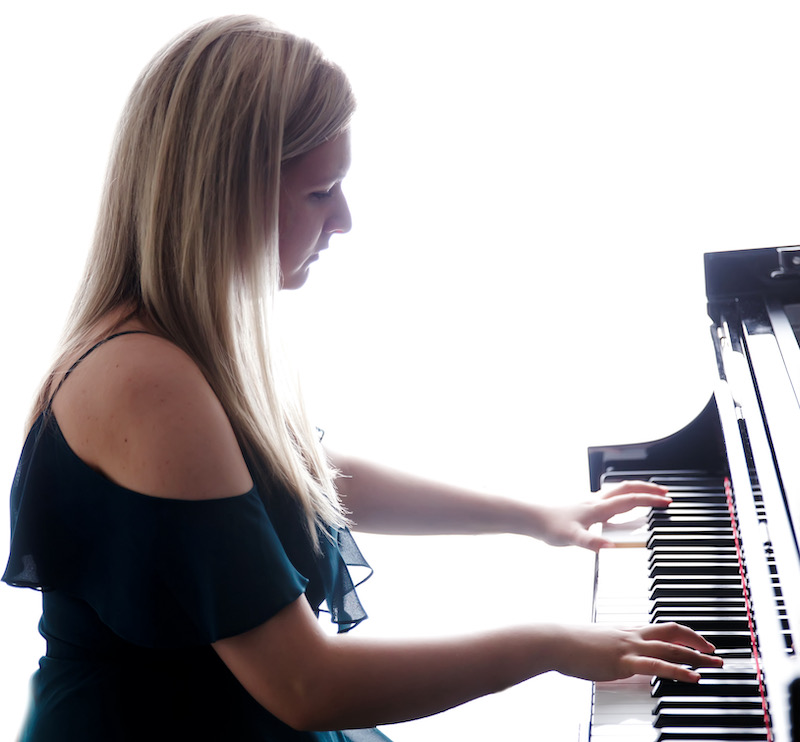 In 2018 Clara made her Carnegie Hall debut as a top-prize winner of the AFAF International Concerto Competition and was invited to perform the Grieg piano concerto with the Kostroma Symphony in Russia. She has performed under noted conductors Uri Segal, Gaddiel Dombrowner and John Roscigno with the Thousand Oaks Philharmonic, L.A. Doctors Symphony and Virtuosi Brunensis Virtuosi Orchestra in Italy.

Clara has studied extensively with Rufus Choi, Dmitry Rachmanov and Ory Shihor. In the summer of 2019 she decided to pursue her undergraduate Piano Performance degree one year earlier than planned and completed both her Junior and Senior High School credits in one year to pursue her dream.

In 2020 Clara started at the Manhattan School of Music as a scholarship student of Prof. Jeffrey Cohen having been admitted at age 17, seven years after she began her piano studies.

Clara has created a transcription of Holst’s “The Planets” for solo piano and plans to perform concerts that include the entire Planets suite with pictures of up-close locations on each planet projected onto a screen. She loves to improvise and is also a writer – currently writing a dystopian trilogy.