Take Time in Your Life to Laugh, with Guest Kyle Cease on Life Changes With Filippo – Radio Show #157 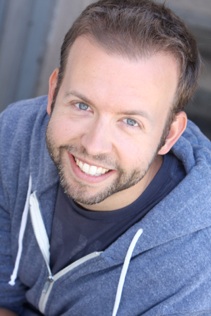 “Time to forget about all the bad going on in your life, grab a drink and let go of everything for an hour and fifty two minutes.” Kyle Cease Kyle Cease is currently one of the most in-demand young comics, selling out over 200 shows last year from coast to coast. His Comedy Central 1 hour special “Kyle Cease: Weirder. Blacker. Dimpler. premiered in 2007 to extremely high ratings. Hís half hour special, “Comedy Central Presents Kyle Cease” was the most played half hour special on Comedy Central in 2006. The same year his CD/DVD “One Dimple”, was one of Comedy Central Records highest debuting releases. Last year he won the 2009 Comedy Central Stand-Up Showdown, competing against the 100 best comics in the business.

Since his memorable appearances as the ‘slow clapper’ in “Not Another Teen Movie” and as Bogey Lowenstein in “10 Things I Hate About You”, Cease has had numerous TV, film and radio appearances. He is a frequent guest of the hit syndicated radio show, “Bob and Tom”, He has appeared on “The Late Late Show with Craig Ferguson”, “Jimmy Kimmel Live”, “The Martin Short Show”, and has performed in several national commercials. Kyle began his stand-up career early. By the age of 21 he had toured nationally and won the International Giggles Comedy Competition, placed in the finals of the prestigious Seattle International Comedy Competition, and completed his first major movie role. His original take on life, fresh perspective, and absolute freedom on stage will get you saying, “Man, that boy had an original take on life, fresh perspective and absolute freedom on stage. I am so much happier and thanks to Kyle’s comedy, I now have a million dollars.” “One of the best hours of comedy you will ever see.”