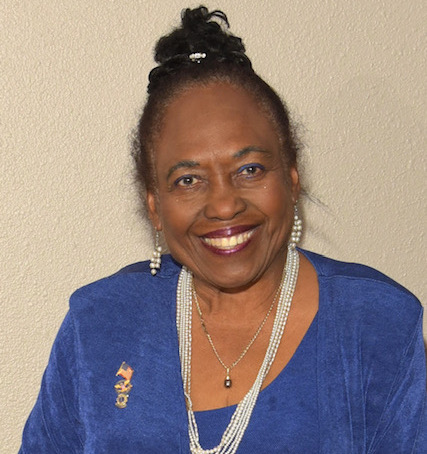 Joan Wakeland-Taylor was born in Port Antonio, Jamaica,W.I. She graduated from the University of Technology as a Pharmacist in 1964. She migrated to the United States and continued her Career in the Pharmaceutical Industry.

Joan is a Published Author and Speaker. She has received many awards for her achievements throughout her life, including The Lifetime Achievement Award from two Presidents of the United States Of America. She is well respected by her peers and clients.

Joan is the Director of the Riverside, and of Hemet CA, affiliates of the Global Society of Female Entrepreneurs and the Past President of the General Federation of Woman’s Club Menifee/Sun City chapter. She  has dedicated herself to the GSFE organization and the success of its members as well as the success of the Woman’s group. She gives her time and talent to touch lives and make a difference. “That is her passion, making a difference.”  In her work she touches many other 501 c3 non profits. She serves on the GSFE Advisory Board.

Joan is the past President Of GFWC Menifee Sun City Woman’s Club and serves on the Advisory Committee Circle of Promise Member for the Susan G Komen Foundation in the Inland Empire.