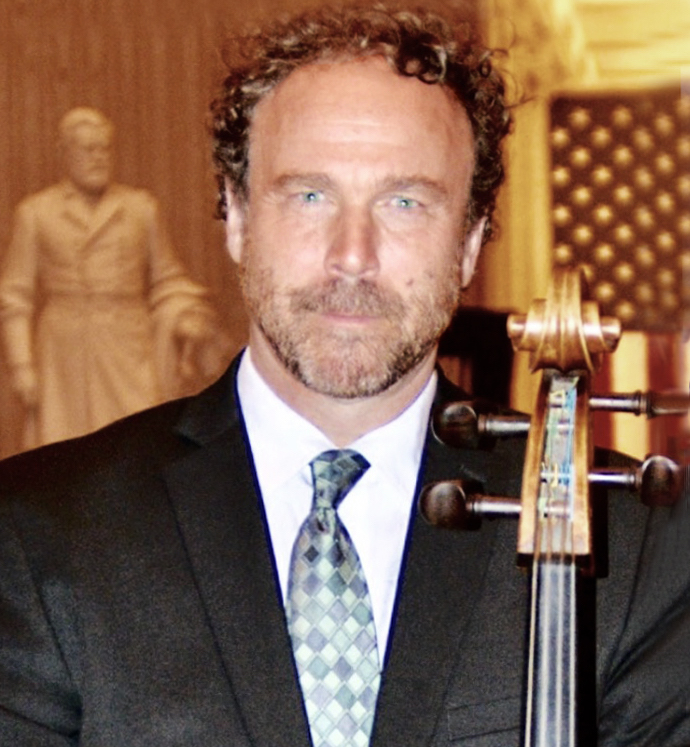 Hailed by The New York Times as a “[Rebel] marching to [his] own tunes” and by NPR as “An interpreter of the Muse,” Michael Fitzpatrick is at the forefront of utilizing music as a vehicle for increasing compassion in the world.

Recipient of The Prince Charles Award for Musical Excellence conferred by His Royal Highness The Prince of Wales, Sir George Martin, Producer of The Beatles, stated: “Michael Fitzpatrick is beyond a marvelous talent, and I could not agree with him more: music is the only thing that can change the world.”

For the past 25 years, he has shared the stage with His Holiness The 14th Dalai Lama, performing the Musical Keynotes to set the tone for His Holiness’ Public Talkings and Teachings around the globe. His Holiness stated: “The emotion induced by Michael Fitzpatrick’s music is so powerful it seems almost verbalized. His sound is Clear Light.”

In recognition of his unique musical role in the world, Fitzpatrick was most recently invited to perform the Musical Keynotes for the Holy Father, Pope Francis’ Blessing Ceremony at The Vatican. He has performed as soloist at the Rock & Roll Hall of Fame, the Hollywood Bowl, the United States Capitol West Lawn, the United States Capitol, the United Nations, the Aspen Music Festival, the Spoleto Festival of Two Worlds, Times Square New York, the National Cathedral in Washington, D.C., the Jordanian Royal Palace,
Bethany-beyond-the-Jordan, the Dead Sea, and with the Jerusalem Symphony Orchestra in Jerusalem.

Recipient of the prestigious Aspen Fellowship and Music Director of the Aspen Institute’s Global Initiative on the Arts, Culture and Diplomacy during its tenure. He is the Founder of Millenia Music, now in its 25th year of bringing healing music to the under-served and tuning the planet, and is Music Director of the Muhammad Ali Humanitarian Awards.

More About Michael Fitzpatrick at michaelfitzpatrick.com