Auschwitz Survivor and Penniless Immigrant to Being Unstoppable – Ep 637-2 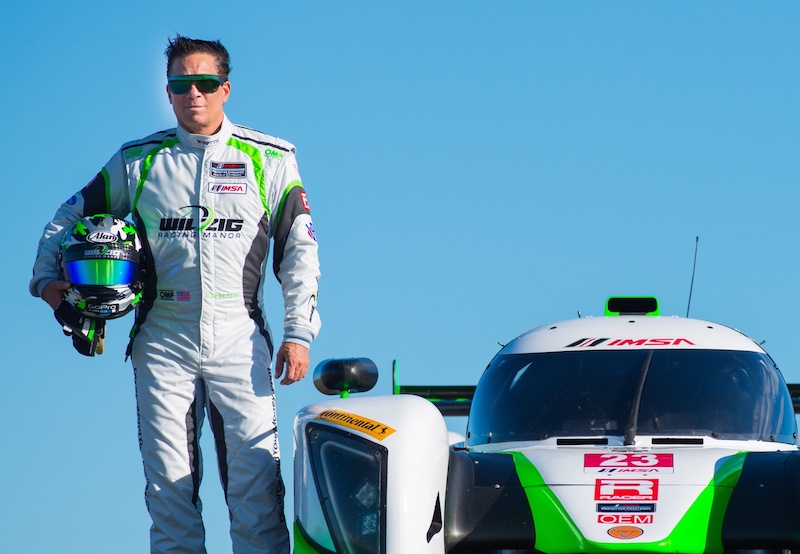 Alan is an entrepreneur, philanthropist, championship-winning race car driver, and restaurateur. Born in Clifton, NJ to the late Siggi Wilzig, an Auschwitz survivor, and Naomi (Sisselman) Wilzig. Alan’s father came to America with nothing and rose to fame in the finance industry.

When his father retired from the Trust Company of New Jersey (TCNJ) shortly after being diagnosed with multiple myeloma, Alan took over as CEO. Under Alan’s leadership, TCNJ doubled in market value from $385 million to $765 million, and Alan engineered the merger between TCNJ and North Fork Bank of Long Island in 2004.

Alan has a degree from the Wharton School of Business at the University of Pennsylvania.

In addition Alan is owner, team leader, and soul of Team Wilzig Racing, and Wilzig Racing Manor, which embody and demonstrate a lifelong obsession with all facets of motorsport & racing on both two and four wheels… He and his companies collect, commission, restore and create special projects & vehicles, and compete in professional automobile racing on a National level.

In 2011 and again in 2012 Alan (as owner / driver for Wilzig Racing)  won the IMSA Prototype Lites  L2 Masters Championship.

In 2013 Alan competed in select ALMS/IMSA events at Sebring and the new Circuit of The Americas (COTA) while commencing the “race-build” of a newly acquired Lotus model 2-Eleven for 2014 Florida Winter training and development – and then competed in the 2014 Lotus Cup USA Championship  (a West Coast series)  and select other events in the Northeast. It will be Alan’s first foray into “Light GT” class racing Vs pure Prototype full-ground-effects cars.

In 2017 Alan made his return to IMSA prototype racing with the Ginetta LMP3.

Alan has been a passionate, lifetime motorcycle enthusiast and has a collection of 120 rare sport and racing motos on display in a purpose-built 15,000 sq ft private museum and race shop / HQ, located at Wilzig Racing Manor.

WRM’s is comprised of 300 acres which include  (among many other things!) a 15 acre lake, ponds, 150 acres of open fields, a 60 acre wooded section with 20’ wide trails as well as challenging terrain areas for off-roading, spectacular waterfalls and natural beauty………and a 1.15 mile FIA/FIA-spec  13m / 40’ wide road racing circuit with 9 turns and 100’ of elevation-change. In fact it is the ONLY professional spec , privately owned “personal use” circuit in the world. No races are held at WRM but personal, charitable and other spectacular private events are hosted on a regular basis.

Alan’s passion for motorsport and powersports spans all seasons and very much includes snowmobiling and SnowHawking (a single ski snow-motorcycle). After the sale of the bank Alan ran until 2004, he began to make certain strategic “Angel” investments the most significant of which is in Brammo Electric Motorcycles.

Alan has been extremely active in numerous philanthropic and charitable endeavors including active board membership roles for Wilzig Hospital, The Rainforest Alliance, and JCP Downtown, and along with his siblings and mother supports over 100 different charities and worthy organizations.

Alan’s first training in automobile racing was at Race Resort Ascari , 45 mins from Marbella, Spain. Additionally Alan has attended various Skip Barber and other domestic racing schools as well as over 17 days with California Superbike School over the last 10 years. These days “Race Weekends” provide for some “time alone, together” in addition to the thrill of competition!

More about Unstoppable at: