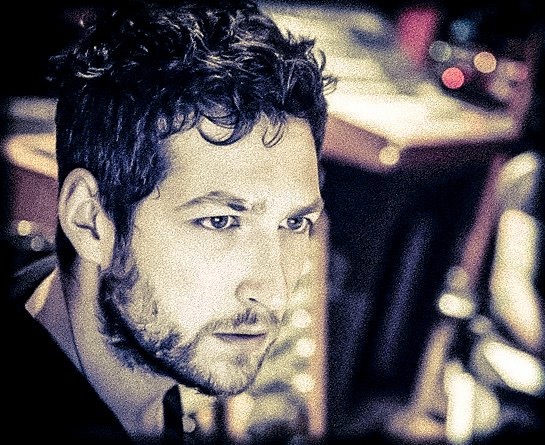 Your Ideas Are Your Creations with Guest Justin Brown, Co-Founder of Ideapod, Social Media Platform for Sharing and Growing Ideas; and Musical Guests, Music Producer, Songwriter, Music Journalist and Guitarist, known for his work with the San Remo Music Festival, Simone Sello, and Marco Sonzini, Guitarist and Audio Engineer, on The LIFE CHANGES Show

Born and raised in Italy, Marco is an Audio Engineer with a classical music background.

Having always been fascinated by sound, he grew up playing classical guitar at the Conservatory of Piacenza, his home town. Right before graduating from high school he was exposed to the technical side of the music world, working on some recordings with his band.

At the age of 16 he became a licensed glider pilot after winning a highschool competition published by the Italian Air Force. Two years later he obtained the skydiving license and he started volunteering for the Italian Red Cross as ambulance technician.
After graduating from University of Milan in Science and Technology of Music Communication, he moved to L.A. to attend the Los Angeles Recording School, completing with honors the Audio Recording Program, where he also became a Pro Tools 210M and 210P Certified Operator.

In his career in Los Angeles with Magelic Productions Inc. he has had the chance to collaborate with Simone Sello and work with some of the most important italian artists, such as Vasco Rossi, Eros Ramazzotti. He recorded and mixed songs for Vasco’s latest album ‘Sono Innocente’ which reached the 6 Platinum FIMI (Federazione Industria Musicale Italiana) certification. He also tracked the Club Dogo’s ‘Non Siamo Più Quelli Di MI Fist’ record which obtained the Gold FIMI Certification as well as Eros Ramazzotti’s ‘Perfetto’ currently holding the Platinum status.

He has also been part of numbers of successful international projects such as: The Lonely Island’s latest release ‘The Wack Album’ which reached number 10 on the US Billboard 200, and The Tenors ‘Lead With Your Heart’ record which went Platinum in Canada.

Outside the studio he enjoys taking part of benefit events by non-profit organizations: he performed at the Open Floor Society event in San Diego in 2015 and he had the chance to substitute Andy Summers for the live performance of the David Lynch Foundation record release party in Hollywood with mezzosoprano Geeta Novotny.

In his spare time, with Marson Audio, he is involved in the building, assembling and customization of analog audio gear.