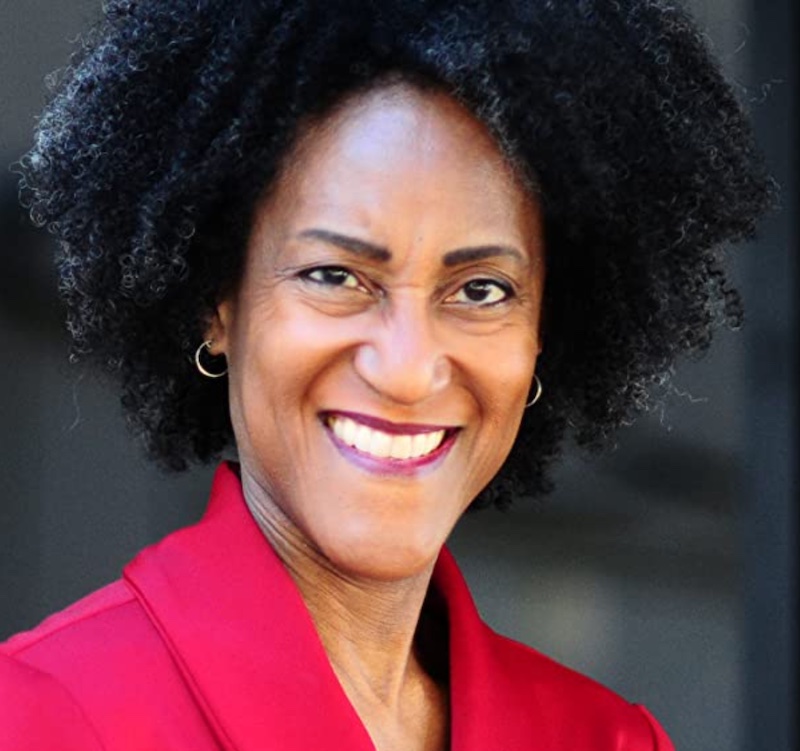 Sonia Jackson (Writer / Performer) is an actor, director and playwright and Founder & CEO of Visions of Possibilities, a nonprofit that focuses on edutainment and is committed to bringing to the public projects that challenge us to live life from what’s possible and works that celebrate the human spirit.

When put in ballet classes at age seven to help straighten her legs, Sonia Jackson discovered she loved performing. That same year, she wrote, directed and performed in her first Christmas pageant. In school, it was math and dance or dance and math.

​After graduating from Chapman College in Orange, California with a BA in Sociology, Sonia entered the corporate world in Human Resources in industries like banking and aerospace. Still, the performance world beckoned so she added stand-up to her list and hit the stage as a comedienne. Once bitten by the performance bug, Sonia jumped in. She put her house up for rent to be free to pursue acting full-time. This action also spawned another opportunity: real estate investing, a career where she continues to advance.

​Having entered the entertainment industry somewhat past the age of ingénue, Sonia felt a need to introduce herself in a memorable way, so she created a one-woman project called I’m Gonna Fly. Since then, she continues to expand in her acting and performance career creating projects like Conversations ‘Bout the Girls.

Sonia Jackson switched from the corporate world to the entertainment industry for the love of performing.  Since she had no credits, Sonia jumped in doing stand-up for fun. A friend suggested she do something memorable which resulted in her first solo show, I’m Gonna Fly, a critically acclaimed play on the world’s first licensed black aviatrix, Bessie Coleman.  Sonia wrote and has been directing her ensemble play, Conversations ‘Bout the Girls. Birthed 15 years ago and consistently performed, Sonia turned it into her second solo show at the Hollywood Fringe Festival in 2017. Both shows earned her NAACP Theatre Award Nominations. Mamaisms is Sonia’s third and latest solo show.

Acting credits include This Is Us, Stray, POLY, Jurassic Park 3, Speed, Grey’s Anatomy, Villain, In Response Year of the Woman and more. Sonia is a Towne Street Theatre Company Member, has studied improv in LA and Shakespeare in England.

Sonia is expanding in so many ways, she has given herself the title of Creatist.