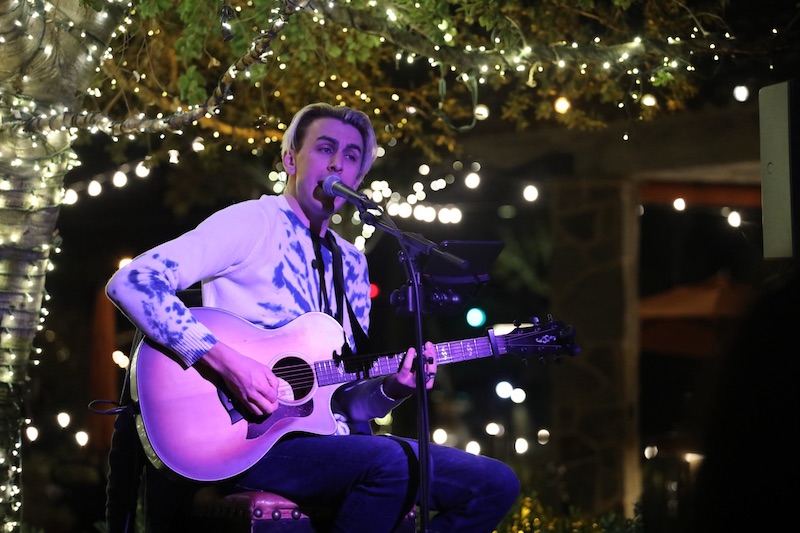 Artist, Songwriter, and Producer TREVAN is a Universe all his own; blending and bending genres from all styles of music into an explosion of energy, rhythm and melody that has listeners singing along after just one listen. Building sonic hybrids that borrow from Rock, Pop, Hip-Hop, R&B, and more, TREVAN brings a fresh sound and voice to modern Pop.

Trevan’s love for music began long before he was even born; when his mother, Gail, would go to his father Charles’ concerts, while pregnant with Trevan. His father’s music would have the biggest impact on him; being the background of his parents’ wedding, where his mother was already pregnant with him, as well as his own birth (His father’s song ‘Spring’ was played seven times in the delivery room, while Trevan was being born). He also frequented his dad’s gigs as a toddler.

Showing instant signs of talent, Trevan was beat boxing and mimicking instrument sounds with his mouth before he was even a year old. His family still makes jokes about his first word, “Gunga.” His mom would give him pots and pans to play with whenever he had to stay with a babysitter or relative. He also loved to mimic his dad’s guitar playing with rakes and brooms.

His cassette walk-man was his most prized possession growing up. Dawning his headphones whenever he could, he listened religiously to his dad’s band and Joe Satriani’s ‘Flying in a Blue Dream’ tape. His mom would make custom mixtapes to listen to when driving to the beach or family get-togethers. These mixtapes introduced Trevan to artists like Alice in Chains, Oasis, Bush, John Mayer, and Deftones, to name a few. It was also during these car rides that Trevan would start visualizing himself on huge stages in front of massive crowds of people.

Trevan also cites his family for his musical eclecticism; hearing artists like Alanis Morissette, Stone Temple Pilots, Earth Wind and Fire, Macy Gray and Pearl Jam at family pool parties. He also thanks his cousins for introducing him to the Spice Girls, Britney Spears, and N’sync.  Though Trevan wasn’t always allowed to go to his dad’s concerts, he relished the chance to ‘help’ his dad set up the afternoon before the gig. “Just the excitement of everyone there getting everything ready for that night. Even then, I could feel the anticipation and it was addicting.”

“It has always been my mission to let people know that it’s ok to be whoever they are, wherever they are, however they are. But until I myself truly own what that means for me, those words remain just words. This step, while still feeling somewhat insignificant or even unnecessary, feels incredibly liberating and freeing for me. I’ve wasted so much time trying to consolidate and package myself to fit the mold of what the world deems marketable or ‘proper branding.’ And it’s really just an obsolete methodology that’s long overdue for an upgrade. I pray I can be part of that upgrade and transcendence into a vaster level of artistry for both myself and others. I look forward to the day when we accept as a culture everyone’s natural versatility and not look at it as some sort of flaw or square peg that needs to be pounded into a round hole.”

More About Trevan at: www.trevanmusic.com and on Social Media @trevanmusic