You Can Experience a Rich and Fulfilling Life – Ep707 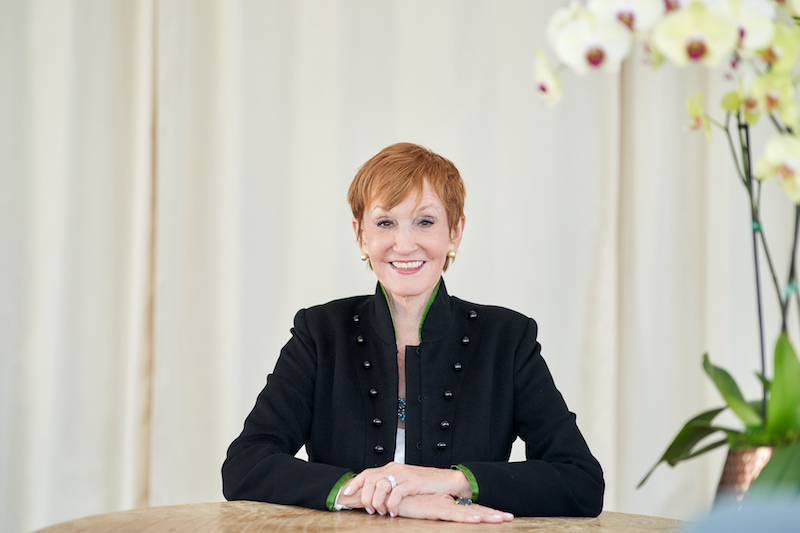 Kathy Eldon has worked as an award-winning film and television producer, best-selling author and journalist in England, Kenya and the United States. In 1998, Kathy and her daughter, Amy, launched Creative Visions Foundation, inspired by the life of her son, Dan Eldon – Reuters photojournalist, artist, and creative activist. The organization has helped support more than 360 projects and productions. In 2004, CV launched Rock your World, a free online curriculum based on the Declaration of Human Rights. Creative Visions has impacted more than 100 million people.

In 1990, Kathy founded Creative Visions Productions to produce films that would inspire action. Documentaries and films that Kathy has produced, or supported, have been distributed through global outlets including, Columbia Pictures, Netflix, CNN, PBS, TBS and OWN. Her EP credits include Extraordinary Moms, an OWN special, features actor, Julia Roberts, Secretary of State, Hillary Clinton, talk show host, Rosie O’Donnell, and CNN correspondent, Christiane Amanpour and The Journey is the Destination, a feature about her son Dan, directed by Bronwen Hughes and produced by Kweku Mandela. The film streamed on Netflix and Amazon and premiered at the Toronto International Film Festival.

A graduate of Wellesley College, Kathy is the author of 17 books, including cookbooks, self-help books, social history books for students, and the best-selling collection of her son’s journal pages, The Journey is the Destination. Kathy is the author of the popular Catcher series of guided journals, published by Chronicle Books. Harper One published Kathy’s acclaimed memoir, In the Heart of Life. Her most recent book, Hope Rising, A Musing, a collection of spoken word poetry, inspired a 90-minute special presented by luminaries including Julian Lennon, Marianne Williamson, Kweku Mandela, Diva Zappa, Rain Phoenix and Joe Sumner.

Kathy, a popular speaker, has been featured on countless television and radio programs globally, including several appearances on Oprah. Her many awards include being nominated as a Point of Light by Kweku Mandela on the anniversary of his grandfather’s birthday. Kathy, who served as a Malibu Arts Commissioner, lives with her husband, designer Michael Bedner, a few steps away from her daughter, Amy and her family, and the Dan Eldon Center for Creative Activism, a vibrant hub for individuals who want to help change their bit of the world for the better.

More about Kathy Eldon at: