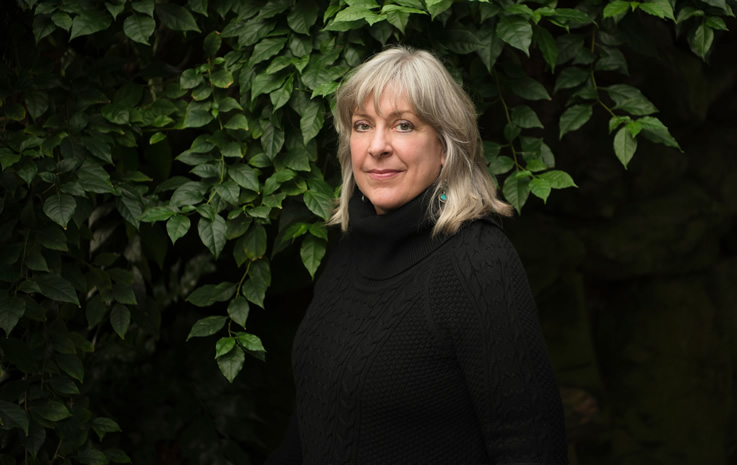 Karen Johnson’s 27 year-old son Ben died due to a drug overdose. One night he was at a party with his friends, they got drunk and decided to try heroin for the first time. While all of his friends tried the same drug, Ben was the only one to overdose.  Instead of calling 911 and give Ben the lifesaving help he needed, the dealer spent his time disposing of the drugs and cleaning his place of evidence, all while Ben lay there dying.

Karen’s fast-paced life and 30-year career as a federal judge came to an abrupt halt as she was enveloped in unrelenting grief for the loss of her son. It was immediately after his death that Ben’s spirit began to communicate with her, and while this level of connection was foreign to Karen, she followed Ben’s nudges and her world has never been the same.

Having an unsupportive work, that initially allowed Karen only 2-hours off to attend her son’s funeral, she became unable to reconcile her working life with her communications with the spirit world. So Karen did the unexpected, she quit her job, sold her house with all her belongings, and went on a 2½ year journey that took her all over the world.  Led by her son in spirit, Karen’s path took her to a shamanic spiritual practice of healing.

Karen V. Johnson, JD, is a graduate of Georgetown Law Center (J.D.), a former Fulbright Scholar in Afghanistan, and holds Masters Degrees in Public Health and Public and International Affairs (MPH, MPIA). Karen is a retired federal administrative law judge who practiced criminal and energy law for more than 30 years. She also is a former U.S. Army officer, Major, USAR (inactive). Karen was personally trained by Alberto Villoldo, and is faculty at the Four Winds Society and a Master Practitioner of Energy Medicine.

“In this time of what feels like fast-food spirituality, it’s refreshing to hear from a shamanic kindred sister who has undergone such a powerful journey so fully and has reemerged to reclaim her new life while sharing her wisdom and journey with the world.”