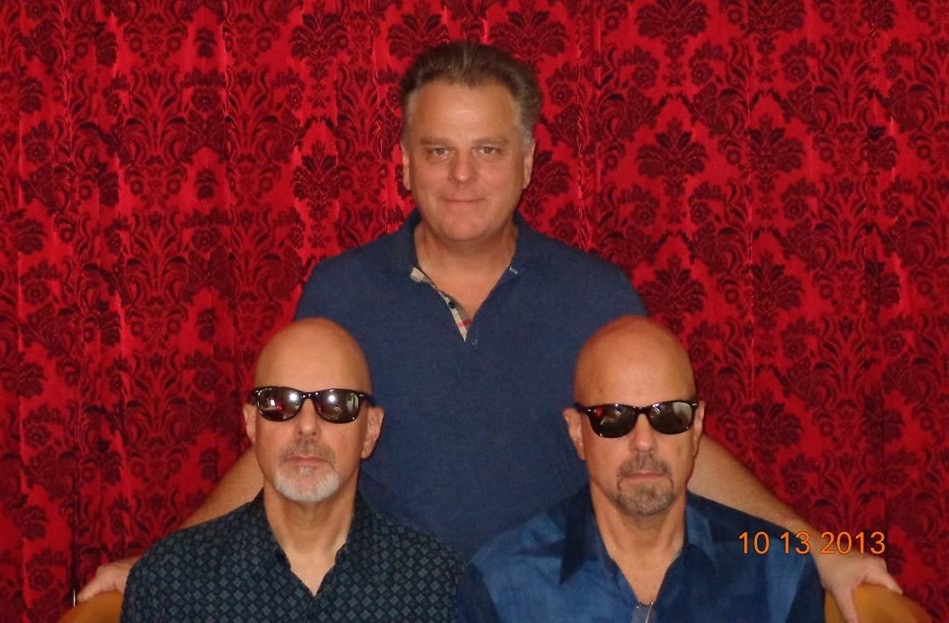 “Where Animals Heal and Children Learn,” The Gentle Barn, Teaching People Kindness and Compassion to Animals, Each Other and our Planet… with Guests, Founder Ellie Laks and Co-Founder Jay Weiner; and Musical Guests The McMains Brothers, formerly of Les Irresistibles on The LIFE CHANGES Show

The McMains Brothers, (Moose and Jim, who are twins) are sons of Philip D. McMains and Helen Muir Ware.

Moose and Jim had a band in Paris that was signed to CBS in France, known as Les Irresistibles when they were just 16.  On of their hit songs was “My Year In a Day.” Later, together with their younger brother Mick, they have been singing and playing together in various bands of various names.

The currently write songs and sing under their real name, The McMains Brothers.

Mick was born in Washington D.C. and immediately moved to Vietnam where he spent his baby years. Then it was off to Europe, 2 years in Vienna followed by 5 years in Paris. It was in Paris that Mick began a life long study of music having the good fortune to take piano lessons from Russian-born Madame Friedenson who herself was a protégé of the great Nadia Boulanger. After his dad retired from the USIS (information gathering), the family moved to Southern California where his older brothers – both excellent musicians – were at USC. It was in SoCal that Mick started playing the guitar in earnest, finding an excellent teacher in Long Beach by the name of Horace Hatchett. Hatchett had studied with the legend Charlie Christian.

Mick has Co-Produced 2 startling CDs for the art ensemble known as dj monkey. Acting also came natural to Mick. He can be seen in the horror classic Hard Rock Zombies. He’s the piano-playing Zombie on the left. Mick has played on all the main stages in and around Los Angeles, also touring Europe as a bassist for punk rock band The Generators. A 2-year stint as lead singer for Earl Slick’s NYC brought Mick into the heights of rock royalty sharing the stage with luminaries like Joe Walsh (Eagles), Ray Manzarek (Doors) Earl Slick (Bowie)… and later he was found touring Japan and the Pacific Northwest with 80’s power-pop icon John Wicks of The Records.

To Learn More About Our Musical Guests The McMains Brothers Band, Visit Them on Facebook at www.facebook.com/profile.php?id=100008328063003