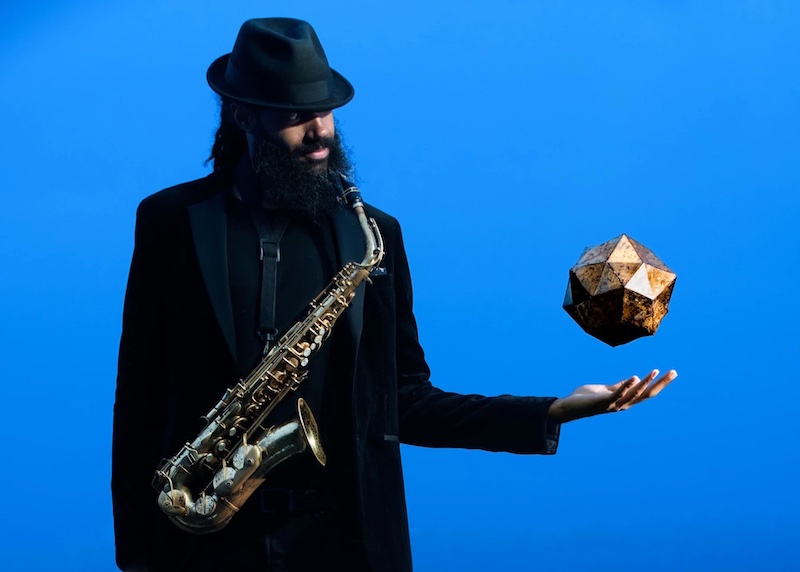 Musical Guest, Saxophonist, Marcus G. Miller, on The LIFE CHANGES Show Ep 640 Titled, “Open Up to New Ways of Seeing and Experiencing Ourselves and the World”

Marcus Miller wants to spread curiousity, imagination, and beauty through his work in music, mathematics and other fields of interest.

He began studying saxophone at age nine and, with the help of world renown saxophonist Bruce Williams (Roy Hargrove, Juilliard, World Saxophone Quartet), developed a passion that put him on stage at 13. With gifts extending beyond music, he graduated from Harvard University with a degree in Mathematics. After a short stint at a major hedge fund he moved to New York City to pursue music. He soon developed a reputation as a versatile and virtuosic player, while studying music production and engineering under Grammy-Winning Engineer “Bassy” Bob Brockman (Notorious B.I.G, Herbie Hancock, D’Angelo).

Marcus has performed at the Obama White House, Madison Square Garden, The World Economic Forum at Davos, The Montreux Jazz Festival, The Late Show with Stephen Colbert alongside Jon Batiste, and Carnegie Hall. In addition, he has worked with musical giants ELEW and Jazzmeia Horn, and is a regular at Daybreaker NYC, touring with them on Oprah’s 2020 vision tour. He works as a teaching artist at the New Jersey Performing Arts Center and was noted as an Artist of Distinction by the state of New Jersey.

Marcus maintains his interest in mathematics and physics by giving talks and performances that combine Math and Music. He has been featured at the Falling Walls 2020 Virtual Conference for Berlin Science Week, TEDSummit 2019, TEDxOttawa 2019, Brown University, University of Georgia, University of Michigan, and venues in Istanbul, Hong Kong. He has also held a 2 year residency at the National Museum of Mathematics in New York City called Quadrivium: Math Plus Music. He hopes to encourage people to become more aware of the potential for mathematics and music to serve as routes to personal, spiritual, and community development.