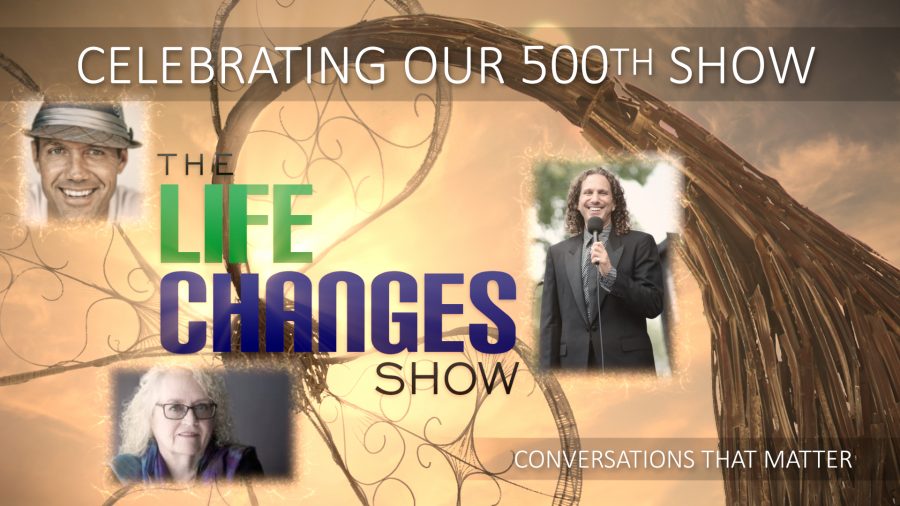 Approximately ten years ago, through a combination of synchronicities, 3 very different people came together as friends. We would come to learn that despite our apparent differences, very different on the outside, we were very much the same on the inside. This convergence marked the beginning of the end. The end of who we thought we were individually. It also marked the beginning. The beginning of a journey together of sharing, supporting, listening, challenging, honoring, seeing, hearing, and healing each other and those we would come to know and love along the way.

In converging, it became increasingly clear that each of us brought pieces of a greater whole to the sandbox. Filippo’s “It” factor and performance talents accompanied his desire to bridge the esoteric concepts being learned with the audiences he entertains. Dorothy saw clearly the manifestation of a future in which these conversations would be heard, understood and shared with purpose worldwide. And I brought a vision of producing and distributing conscious content which would help create a happier world for all, in addition to the technologies, strategic companies and knowhow to bring it all together.

Each brought with them many stories. Stories of life-changing experiences. Both good and not so good. Stories of beliefs, behaviors, decisions and choices made. Elegant and not so elegant. And in addition, we each shared a passion for staying present and committed to being the best versions of ourselves that we could be. On this common ground, we set forth on a mission. United in heart, willing in spirit, and open in mind to all that would come from a shared journey of exploration and expansion together.

The conversations that the whole life changes team was having, were real and authentic, honest and insightful. They inspired aha moments, and held each other and those we shared them with, to higher standards of personal integrity and responsibility for the lives we were living, how we got where we were, and how we would get where we wanted to go. We shared a passionate desire to change the rules of engagement within ourselves, each other and the world at large. There had to be a better way than the ways that helped us create and live out the stories up to that point.

Today, “The LIFE CHANGES Show” is celebrating its 500thepisode. Since its inception as “Life Changes with Filippo” and through various iterations, we’ve consistently and without fail, shared “conversations that matter” for 500 consecutive Monday nights, not missing a week, despite the life changes that we were experiencing, with, and because of each other. On the outside it looked like a show. On the inside, however, we were changing each other’s lives and the lives of those around us, whilst sharing our experiences, perspectives and insightful lessons learned along the way.

Over the years, the Life Changes team has earned and gained mastery on many levels. We’ve achieved advanced life coaching, alchemic mastery, and curriculum development milestones. Along with the success and guidance of Energetic Alchemy, a life mastery course, we launched “Life IMPROVment,” using comedy improv tools for better preparation for life’s unexpected and improvisational moments. We launched and have conducted “The RECALIBRATION,” a life, course correction workshop, facilitating a reconnection to the passions and innocence that comes with knowing thyself. Together, with the universe as our co-producer, we’ve learned to hold space for the unknown magic that comes between the thoughts and preparation. It arrives expectedly with a hint of “What are the odds…?”

For Life Changes and for the greater good, the future is now. The world has never been more open to seeing the changes that are in process or the need for positive change and reconnection to each other, and to the unlimited, divine, loving potential that exists within each and every sentient being. Congruent with this openness are the new technologies accompanying a paradigm shift in the way stories are told and entertainment experienced. The age of 360 virtual reality has pushed the envelope with regard to what is “real.” It allows creatives to immerse the viewers into new worlds and to see from, and with, new perspectives.

In 2017, whilst remaining producer and co-host of The Life Changes Show, I gratefully accepted the role of CEO at Vortex Immersion Media, a leading designer of transformative 360 immersive entertainment experiences including; live concerts, stage shows, and corporate events, featuring surround video and audio, spectacular visual effects, and real-time interactivity. And with this, a kindred partnership was born. Vortex is a transformative and conscious creative company with a shared vision of producing life-changing and life-affirming experiences and content; inspiring its audiences to achieve positive brain states and a general feeling of wellness and happiness overall. The Life Changes Show found a home and the perfect partner to realize its long-standing vision for reaching and building community directly and globally.

The 360 Immersion Domes are VR (Virtual Reality), for large audiences…, no headset required. The projection is all around the audience, enabling a shared experience from within the content, unlike anything produced previously for TV or live event stages. Furthermore, the producers have the ability to stream this content globally to VR headsets (home theater with a view from within the dome), or onto any device. These new, emerging Dome CineTheater spaces are the new arts and entertainment arenas. Beyond this, they are also “empathy generators.” The audience perceives the 360 content as “real,” therefore they feel the impact of what is being shared more deeply, and they personalize the experience, such that it becomes a part of their world view as they set forth on their way.

Vortex takes great responsibility in the way this format is used given its deeply impactful capabilities. Life Changes, and its “authentically entertaining conversations that matter,” is the perfect marriage for this format, and for creative collaboration with the award-winning production team and slate of ongoing events and experiences in development within the Vortex Studio.

Together, as one, we embark on a new phase of the shared journey; to explore and inspire, honor, and embrace the only constant… Life Changes.