Social VR – The Next Generation of Co-Creation Ep 628 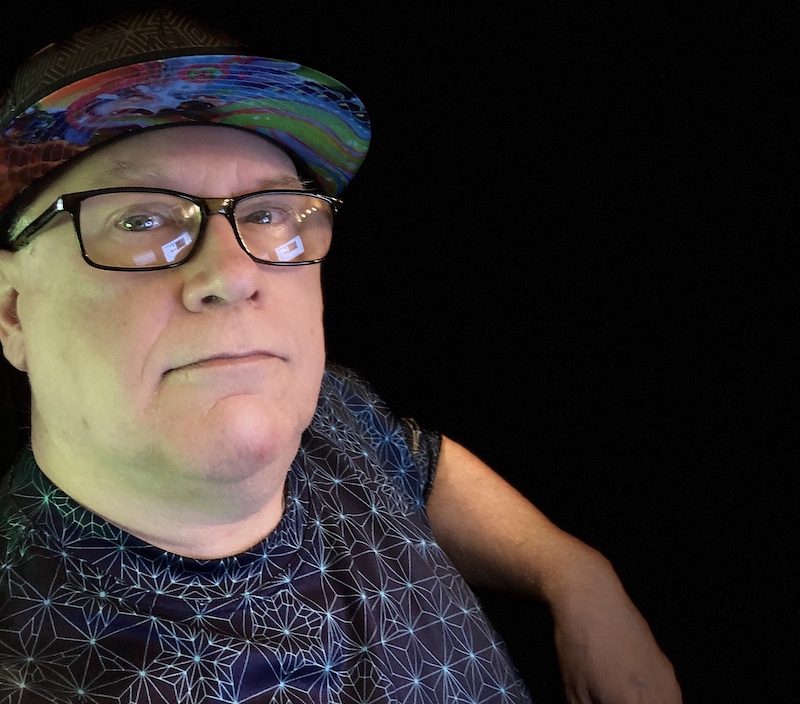 Born in Yorkshire, grew up in South Wales. I loved music from an early age, and I learned many instruments while playing drums in a punk band. I was accepted into College at 16 years old to study music and electronics.

I graduated 1980 during the beginnings of electronics and computers in music.I had an exciting career commuting between LA and London. So I started out an early adopter of tech when a revolution was happening.
I met my wife in San Diego. We had a great life. My wife suffered with depression that became worse, so we relocated to the rural Midwest to be closer to her Mom and sister. I got a regular job in IT, so I could be a better caregiver. Several years passed, and I suffered a stroke. Shortly thereafter, my wife’s sister and mother died accidentally. This was all too much for my wife’s mental state so she took her own life..

This left me 2 dogs and 2 cats stranded in the rural Midwest with no support and less than adequate health facilities or therapists. So I turned to music as my therapy. I first had to figure out my recording systems, and I entered music in step time because my tremors in my right hand made playing impossible. I wanted to document my progress in music and to date have written nearly 1000 tracks on Soundcloud created whilst volunteering for a theatre post production audio and scoring a series of local radio plays. However my reading, writing, and speech needed help. I cussed a lot, which is a normal symptom post stroke, and people say I am blunt. This amount of trauma will do that to a person.

I managed to contact an old friend musician Lightyear in Florida, and via Skype, embarked on a book study every Sunday until my reading and speech improved. I went to therapy groups and was just about to venture into the real world when the pandemic hit.

If I wasn’t isolated before I was now. I had been using a virtual reality headset for exercise and meditation, and although I had worked with 3D modelling software in my career, I still lacked the motor control to build anything in VR. I discovered Social VR and with the help of music industry friends like Lightyear who were dealing with challenges due to COVID 19 persuading them to join me in building worlds in VR. Group therapy and support meetings began to flourish covering all kinds of mental health issues in a tailored space – people say they feel more present  compared to zoom.

Using social VR i have reconnected with old industry friends and made new ones. The VR community is growing organically with community input. New experiences are being created in media, education and support groups. I have seen theatrical productions conceived, cast and rehearsed in VR gone to comedy clubs talk shows all created by the VR community.

To this end, I help co host a weekly event virtual discussion of content creation where we help foster the community in our story-based mentorship. Whether you are a seasoned professional, content creator, or just curious, this is the place for you to turn dreams into reality, and it is truly a mind blowing event.

My life has had its challenges,but I am optimistic about the future. Social VR, I believe, will be the next generation of media, and I am so glad to play some part in it to help share it with the world.