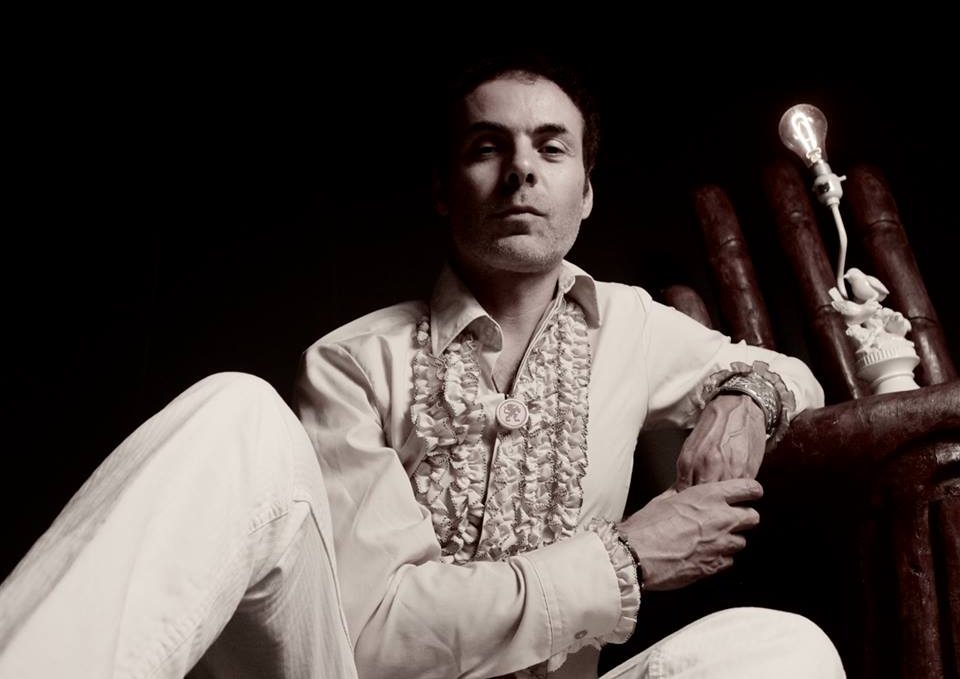 “As a kid I remember there was nothing inside my father’s store that did not glitter. The jeans, the shirts, the walls and the people. Silver lights and music played continuously, and there was no telling what stars popped in for his sexy jeans, which fit like a second skin.”

My father is Peter Golding AKA “the Eric Clapton of denim”, the fashion designer, beat traveler and musician who created the ‘stretch denim jean” back in the 1970’s.

His clothing store ACE on London’s King’s Road was described at the time as the “hottest store in the world” and dressed a generation of rock stars, actors, lords, punks and ultra glamorous models. Kings Road was city slick and chic, with cutting edge music, art and fashion heritage. It was the heart of the British rock and punk explosion and later 80’s new wave romantic expression.

“Growing up in this influential backdrop it was inevitable that I would grab an electric guitar and start my adventures in rock music.”

I soon found myself singing and playing guitar at Ace Chelsea house jams, parties and later at venues with childhood heroes such as Robert Plant, Steve Marriott and Taj Mahal.

In a fast moving 21st century creative whirlwind, I was recording albums, managing live music programmes at the legendary Café de Paris with the late Prince, Van Morrison and Led Zeppelin’s Page and Plant and party like there was no tomorrow.

Everything was spiraling out of control and the more I was biting into life the more it was escaping me. I had to stop.

“I packed my bags left London and arrived with just a suitcase of dreams my vintage Gibson Les Paul and an old golden silk scarf. Although ripped and torn the scarf was a treasure piece crystallizing the essence of my life heritage and experiences from days gone by.”

During a break from recording an album in London I visited my mother in LA and immediately felt an irrepressible desire to find myself again in the pan pacific Californian landscape.

I became known as “The guy with the golden scarf”. And that’s exactly where I started again.

To “Live Regally” is to reach that reservoir of grace and courage that lies in the depths of our hearts. As we try to find our equilibrium on the tightrope of these tumultuous times it may be the compass that determines whether we get through to the other side in one piece or fall miserably into the abyss.