Popular Shows
Home Archived Visions of the Changes Ahead, with Guest Michael Pattinson on Life Changes With Filippo S1:E7 (2009)

Visions of the Changes Ahead, with Guest Michael Pattinson on Life Changes With Filippo S1:E7 (2009) 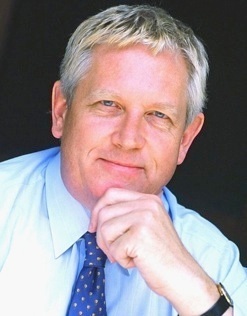 Michael Pattinson is a Visionary, a Futurist; the Founder of  Star Tree Creative; and an International Renowned Fine Artist.  Hear Michael speak on his visions of the changes ahead for our society  and world as he sees it.  Learn more about Michael at the above links and at www.creativemastery.net.

Michael Pattinson was born in England on July 4th 1949.

University degree “Master of Arts” obtained in Dundee, Scotland in 1972.

December 1972 Pattinson moved to Paris, France to become a professional fine artist and study the French Impressionists. Extensive exhibition with the existing “Musicalist” School painters in 1974 at the Basilica of the Salpetriere on Paris’ left bank of the river Seine.

1979 Pattinson was artistic director for the UNESCO (Paris HQ) sponsored “Round Table on Art and Industry which was attended by hundreds of famous creative people from all over the world. Painting created for Yehudi Menuhin, violinist.

1982 EPSON USA purchased two large Pattinson original paintings for their corporate collection in Torrance, California and one for their Japanese company president.

Exhibition and audio-visual show given by Pattinson at the European Economic Community Headquarters in Brussels, one at the Belgian Cultural Commission and also at the Chateau Sainte Anne (International Diplomats Club, in Brussels).

1983-1985 Pattinson resided in Monte Carlo, Monaco where he painted specially commission works and was a frequent attendee of both private and official social functions in the Principality. Also, an exhibition was organized under the patronage of the Duchess of Lansac in Beausoleil City Hall on the French Riviera.

1986 exhibitions in Florida, USA, including a 30 minute show on PBS about Pattinson’s Musicalist style.

1987 Pattinson created a special tribute limited edition lithography artwork (depicting the Statue of Liberty) to mark the 200th anniversary of the U S. Constitution. The #1 (of 1,987 total, to correspond with the year) in the series was presented to President Ronald Reagan in The White House by Ron Mann, head of the Bicentennial Commission. This lithograph was also given to Vice President George Bush and all nine United States Supreme Court Justices.

Pattinson was honored in Santa Barbara by the unveiling of the original “Liberty’s Vital Spirit” artwork at the prestigious event “Santa Barbara Salutes America”.

1989 Pattinson resided once again in Paris and had his art studio in the magnificent “Avenue Foch”.

The “Presse Club de France” held a special showing of Pattinson Musicalist works in June 1989.  Articles on the artist’s special unique style followed in the French finance/investment magazines, highlighting the value of Pattinson’s place in the art world. Pattinson was becoming known as a rare and creative torch-bearer of the Musicalist movement started by Kandinsky in the early 1900s.

1990 Exhibition of Musicalist art in Montreux, Switzerland at the International Art Fair.

1994-1996 Pattinson painted in Florida for private and corporate art collectors.

1997-2000 Took up residence in California (both Orange County and Los Angeles) and painted many masterpieces, including a special work for the New Millennium.

1999 – Pattinson, having painted over 250 original art pieces since 1971, and having sold 100% of them during his lifetime (a rare occurrence in the art world) decided to enjoy a well-deserved multi- year “retirement/spiritual interlude” phase till December 31st 2006. Since January 2007 Pattinson is currently overseeing and giving personal priority to the very important archiving, cataloguing and digital preservation/digital inventory creation of over 200 “commercially favorable” Musicalist paintings he created from 1971 to 1999. The next phase is the producing and directing of a full scale DVD showing the synergy of music and painting he has created, rather like a “Fantasia for The Arts”.