Popular Shows
Home Archived Embrace Life and Live it to the Fullest, with GuestJohnMichael Capaldi on Life Changes With Filippo #85 S2:E46 (2010)

Embrace Life and Live it to the Fullest, with GuestJohnMichael Capaldi on Life Changes With Filippo #85 S2:E46 (2010) 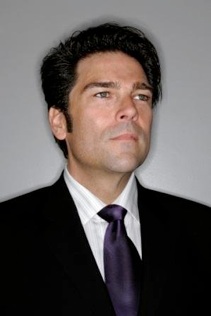 Scottsdale celebrity JohnMichael Capaldi is a professional psychic, author, inspirational speaker and philanthropist. A seasoned Host and popular radio guest, Hollywood has already come knocking with an opportunity to feature the charismatic JohnMichael in his own TV series, pitched as “The Real Psychics” As an Intuitive, JohnMichael helps people from all walks of life but his list of clients reads more like a who’s who of famous A-List Celebrities, notable Fortune 500 business CEOs and Officers, Politicians and Celebrated Athletes.

He does help people find their soul mate and make personal financial and career decisions, but the bulk of his current career
is in helping companies look at the big picture. He helps major corporations make big decisions about what markets to go into, what products to promote and what paths to take. His no- nonsense, jargon-free approach has helped him bring his abilities into the corporate world earning JohnMichael respect from business power-brokers and a seat on the board at many companies. His popularity has grown not just because of his, mater of fact approach and his psychic ability that reaches to the heart of what is really happening in this clients life but because of his personal connection with people.

He and his tall, large stature not only embrace life in a huge way, but live it to the fullest and he invites all who know or work with him to do the same. From his robust laugh to his amiable smile, from his bear hugs to the caring tones of voice he uses to convey his psychic knowings, JohnMichael is a feast for the senses. People love to watch him, listen to him and learn from him. JohnMichael is an original. He is a likable, and watchable personality, JohnMichael embodies caring and charisma. Early Background His parents first recognized his psychic gifts at an early age and encouraged him to make note and not fear them. JohnMichael’s Mother was a psychic who helped steer him to an understanding of his abilities.

As a child he used to know things that other children didn’t know which proved to be more of a curse then a blessing at the time. As he grew into this acceptance he began to embrace these abilities he was able to expand them far beyond what even his teachers and parents thought possible.  JohnMichael’s formal education includes theology, voice, broadcasting and music. Though his natural musical talents he became a Recipient of University of Arizona Fine Arts Scholarship where he earned a Bachelor of Fine Arts in Music in 1986.

Classically trained, JohnMichael is an accomplished performer and professional Opera singer. Philanthropy As if he doesn’t give enough from his heart to his clients, JohnMichael is also a philanthropist, having donated tireless hours in fund raising. He has sat on the board of the Phoenix Opera and acted as the Chairman.

He is the co-organizer of one of Arizona’s biggest fund raising events for the arts The A’ffair. JohnMichael currently sits on The Phoenix Arts and Business Council. Media JohnMichael first entered the public eye as host of a KHOT radio show called The Psychic Hour With JohnMichael Capaldi.

From there he was asked to co-host other shows and then has been invited back again and again on numerous shows including: Life Changes with Filippo, on the BBS Radio Network Nov. 2010 Melissa Frei’s Voices from the Other Side Resurrected, 12radio.com, June 16, 2010; 6 degrees with Michelle Corr, KWSS 106.7 FM in Phoenix, AZ, various,1 as co-host; Rhia Said It on BlogTalkRadio, host Rhiannon Waits, various in 2009; co-host for 3 shows; Harbor Area Paranormal with host Vickie Kinner on BlogTalkRadio, 2009; Parallel Worlds with Dr. Lou DiMieri on BlogTalkRadio, 2009.