Ancient Aliens and Ancient Astronauts, with Guest Giorgio A. Tsoukalos on Life Changes With Filippo #84 S2:E45 (2010) 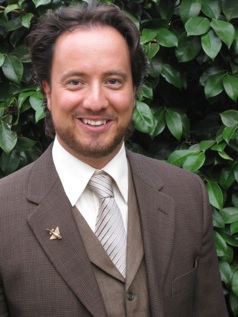 Giorgio A. Tsoukalos is the star and Consulting Producer of ANCIENT ALIENS – THE SERIES (2010) and publisher of Legendary Times Magazine, the only Ancient Astronaut publication in the world. Giorgio is the real-life Indiana Jones and he is changing the way the world thinks about the Ancient Astronaut Theory.

For over 12 years, Giorgio A. Tsoukalos has been the Director of Erich von Daniken’s Center for Ancient Astronaut Research (A.A.S. R.A. – Archaeology, Astronautics and SETI Research Association). He is also the publisher of Legendary Times Magazine, the world’s only and definitive Ancient Astronaut research journal. As the world’s leading Ancient Astronaut expert, Giorgio has starred in and appeared on The History Channel, the Travel Channel, the National Geographic Channel, the Sci-Fi Channel, Coast to Coast AM, and many other international television and radio programs such as UFO HUNTERS and ANCIENT ALIENS reporting about the latest discoveries in the Ancient Astronaut field. In 2010, Tsoukalos starred in and was the Consulting Producer for The History Channel’s very successful 6-episode ANCIENT ALIENS: THE SERIES which was produced by Prometheus Entertainment. ANCIENT ALIENS is the best and most compelling Ancient Astronaut documentary ever made next to when CHARIOTS OF THE GODS came out as a movie in 1972. ANCIENT ALIENS features the world’s top Ancient Astronaut experts such as Erich von Daniken, Giorgio A. Tsoukalos, David H. Childress, Buzz Aldrin, Robert Bauval, Graham Hancock, Bill Birnes, Christopher Dunn, Michael Cremo, Dr. Robert Schoch, Dr. Steven Greer, Linda Moulton-Howe, George Noory, Peter Fiebag, Dr. Algund Eenboom, Philip Coppens, Nick Pope, Dr. Luis Navia, Rev. Barry Downing, Dr. Uwe Apel, Rodney Dale, and many others. Tsoukalos has traveled the world extensively (54 countries …and counting). Today, he is one of a few people who have actually visited and explored nearly all the mysterious places our planet has to offer.

To learn more about Giorgio, his work, the show and the magazine, visit www.LegendaryTimes.com