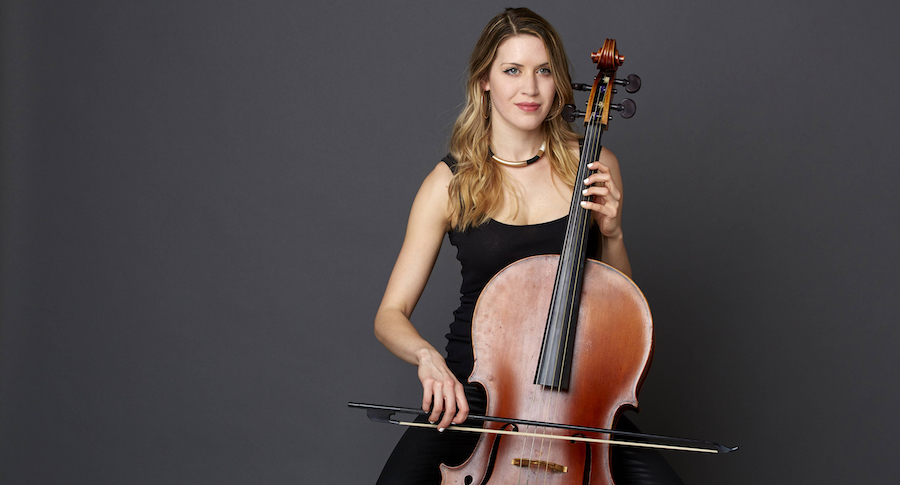 “Emily Davidson has everything a musician needs to make it as a world-class soloist—the drive, talent, and the charisma that musicians need to attract a following.” —The Huffington Post

“One of the leading baroque cellists of the new generation—her playing combines technical excellence with a sophisticated taste for style and interpretation.”

Emily Davidson, baroque cellist, is a fresh voice in the new generation of historical performance. Originally from New York, Emily spent the first 7 years of her career freelancing in Boston, MA. She currently lives, performs, and teaches in Los Angeles, CA. Emily released her debut solo CD, BASS SOUNDS: Music for Unaccompanied Cello from the Early Baroque, in February 2013, and followed with BASS SOUNDS: Evolved in July 2014. Emily was founder and director of Emergence Quartet, period instrument string quartet. In October 2014 she released OldStyle, an album of baroque pieces turned into electronic dance remixes, with nationally-recognized Dj CUTMAN. Emily received her Master’s degree in Early Music Performance from The Longy School of Music of Bard College as a student of Phoebe Carrai. She earned her Bachelor’s degree from The Hartt School at The University of Hartford. She brings her historical approach to new platforms, drawing a passionate following on YouTube and Instagram for classical music. She has been interviewed in The Huffington Post, The Boston Globe, and on NPR.

As a teaching artist, Emily gives lectures on baroque music, historical string playing, and music history. She served as Artist-in-Residence at University of Central Oklahoma Center for Historical Performance in September 2013. She has worked with elementary, middle, high school and college students in New York and Massachusetts. Emily has a private studio of cello students from young children to adult amateurs, and also offers Skype lessons. As one of the largest-reaching young artists on social media for classical music, Emily offers lectures and consulting to help musicians use social media marketing to build their audience. She shares her thoughts on classical music culture on her blog Historically Incorrect.

More About Emily Davidson at www.emilyplayscello.com