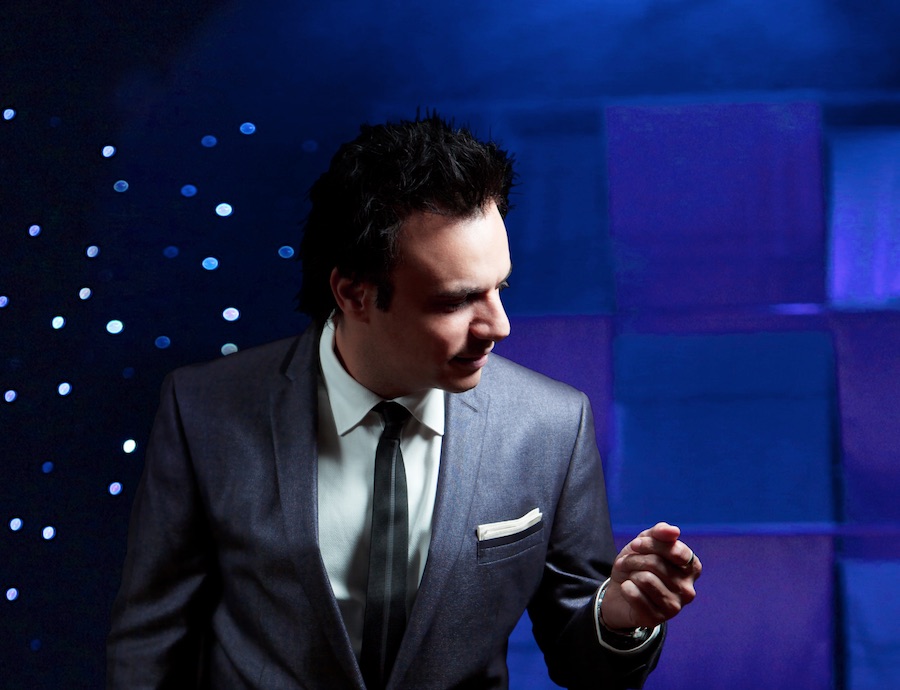 Captivating audiences around the world with powerful vocals combined with charming comedic banter, ALFIO brings a new approach to the tenor tradition through his modern interpretations of English and Italian standards, classical takes on contemporary chart-toppers and original songs that bridge musical genres. In August 2015, ALFIO joined the illustrious ranks of world class performers on PBS with the successful debut of ALFIO In Concert, followed by a national tour in key markets in the Fall 2015 and a Top 10 Album on the Billboard charts. Additionally, ALFIO In Concert has garnered TWO Emmy® Nominations!

An Australian native of Italian descent, classically-trained ALFIO brings passion to his performances and draws constant comparisons to superstars Andrea Bocelli and Michael Buble, Frank Sinatra and Elvis Presley. This charismatic singer, songwriter and musician is a modern throwback to the legendary greats, delivering a mesmerizing live show filled with much-loved classics, pop standards plus his acclaimed originals. Providing a World Class show with equal parts music journey, powerful vocals and comedy, ALFIO effortlessly brings all generations of music lovers together in one audience; and regardless of whether he sings in English, Italian or Spanish, all languages flow as one.

While studying voice in Parma, Italy, ALFIO was on the road to becoming a tenor, but the constraints of that particular musical track clashed with his strong desire to sing contemporary and classic songs while still being able to compose his own music. As a result, ALFIO strayed slightly from becoming a tenor to become what he jokingly calls a “nine-and- a-halfer.” But when it comes to ALFIO’s deep commitment to his art and the passionate performances which that commitment evokes, he is a solid ten. ALFIO carries a depth and sincerity in his music that might not have been as fully developed had he chosen a path that took him even slightly away from his own calling.

As an accomplished songwriter, musician and composer ALFIO is reaching critical acclaim with his own penned songs such as “Il Nostro Sogno (Our Dream)”, a song about the wish for world peace which has been recorded and released by other artists around the world. This hit single pushed his debut album on Warner Music to Top 10 and Gold status in Australia. “Voce Pura”/”Pavarotti” is his loving tribute to Maestro Luciano Pavarotti, which was written after a wonderful dinner they had together in Sydney and sent to Pavarotti before his death. Not to mention the title track of his latest album “After Love,” which could be as at home on the Pop charts as in the context of the traditional Italian repertoire of love and loss.

Whether sitting solo at the piano, backed by an orchestra, or singing a cappella, ALFIO believes in connecting with his audience. One of his most appealing qualities in both his music and his life is his ability to entwine generations. His music and live show is a testament to that and speaks to the sentiment for all generations to move forward while not forgetting to appreciate the classics. With a talent that is uniquely his own, one thing is clear–ALFIO is traveling in his own lane and doing it his way.

Learn More About Alfio at the following links: