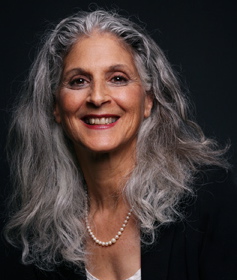 She is a psychic, intuitive, medium for animals in spirit, and empath, and is sought for her expertise in behavioral problems and locating lost animals.

As an accomplished artist and educator residing in Los Angeles, she has taught art, yoga and meditation to thousands of children in schools throughout the city while showing children how to care for and communicate with animals.

She is a columnist for Whole Person magazine, a spiritual activist and animal advocate. A long time practitioner of Zen, Vipassana and Tibetan Buddhist meditation, she lives her life in the practice of Ahimsa, a Buddhist doctrine of refraining from harming any living being.

Diana has clients in Alaska, British Columbia, France, Spain, Norway, Brazil, Mexico, Australia, Peru, India, Greece, England, and the United States, and has been professionally communicating with animals since 2000.

Diana donates her services to rescue organization fundraisers, and is a member of The National Museum of Animals and Society, and Dharma Voices for Animals; two organizations dedicated to the welfare of all animals. Having compassion for all living beings, she maintains a vegan diet and way of life.

She lives in Los Angeles with her five felines, and is available for workshops, speaking engagements and private consultations.