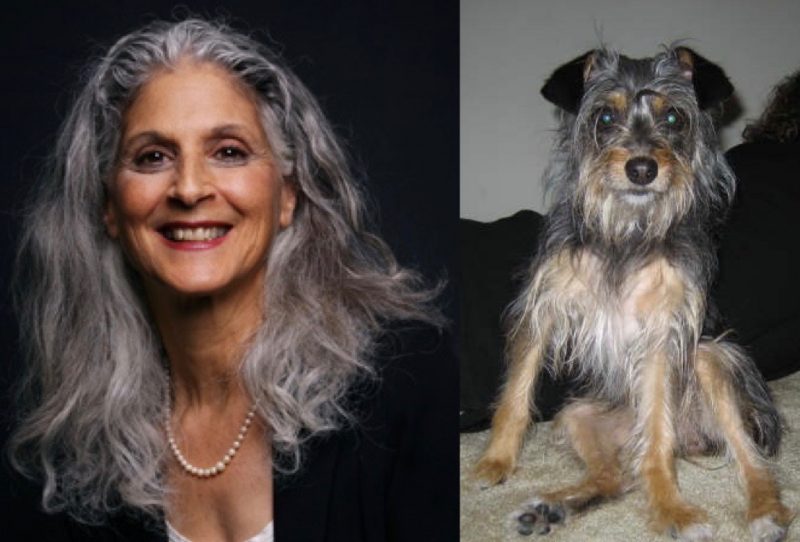 “The Little Dog That Could,” approves of this message.

Almost exactly a year (precisely 10 months and 27 days) after the release of “The Little Dog That Could,” a book by author, Filippo Voltaggio, world renowned animal communicator Diana “Dexter” Delmonte, in an unprecedented animal communication, speaks to the very dog herself, “Ciccina,” protagonist of  “The Little Dog That Could” book, about her version of the story, her experiences, and of the journey with Filippo as described in the book.

In short, Diana’s findings are that Ciccina corroborated the story as told by Filippo.

Before sharing Diana’s actual findings, it is important to note the following.  Dorothy Donahue, Executive Producer of “The LIFE CHANGES Show,” was scouting for authors in a bookstore when she ran across one of author, Diana “Dexter” Delmonte’s books.  Upon that discovery, she suggested to the LIFE CHANGES team, that Diana would make a great guest on the show.  The team agreed, and Diana was booked to appear on the show, live on Monday, October 10th, 2016.

Filippo met Diana for the first time that night in the studio.  After a great interview and show, Filippo called Diana the next day to tell her of the book he had written and to make a rather unusual request.  That request was to communicate with Ciccina, and ask her about the book.  Though Filippo gave Diana a short synopsis of the story, Diana had not known of or read the book before communicating with Ciccina.
Diana asked Filippo to send her some questions for her to ask Ciccina, and to also send her a picture of himself, and a picture of Ciccina.

What follows is the communication that transpired a few days later:

Behind every thought and image an animal sends us, there is an entire story and “feeling tone.”
Ciccina was indeed an old soul, as Filippo knew. She has been with him for many lifetimes.

This is why Filippo found Ciccina in the road (or she found him).

They came together for healing; her physical healing which assisted with an emotional and spiritual healing for Filippo. Ciccina only needed a short time with Filippo to fulfill or complete her purpose or mission with him.

During their time together, they BOTH had energy blockages at the Crown, Heart and Creative centers of the body (7th, 4th and 2nd chakras).
Filippo also had a blockage at the navel center.

Meaning: Filippo needed to reestablish or blossom his connection with the Divine (trust himself, and the enfoldment of his life).
He wasn’t standing in, or owning, his full power, and this was affecting his creative expression (career)? or his lack of love for himself – or both.

Ciccina, as well, had to reestablish her own connection with the Divine, rekindle her heart connection (most likely having to do with her past), and find a creative purpose in her own life. She was able to do this through her healing process with Filippo. And vice versa.

That being said, the first thing I heard from Ciccina when I tuned into her was, “Filippo discovered himself through me.”

Why did you come into Filippo’s life? “To heal him.”

I then asked- But you were the one injured…
What was your mission together? “He was injured too. This was our purpose together. Filippo needed to trust himself (she shows me an “image metaphor” of her pulling at Filippo’s clothes, and barking.) “I helped Filippo get out of himself – his worries and concerns – and to step into something greater. He needed to open his heart. His small self was not serving hm.”

What was going on in your mind when you ran out into the street and got hit by the car?
“I was afraid and confused. I wasn’t on my ground (secure foundation). I was just running. I didn’t see what hit me.
I just knew I couldn’t run anymore.”

Did you hear Filippo when he said he knew you could heal yourself?“Yes. And I believed I could (heal herself). And he believed it too.   He helped me to live. We helped each other come around. We went full circle. Filippo believed in the circle (process). Believed it was possible. He believed in me, and I gave him reason to believe in himself. This was part of our healing”

Filippo at this point established his connection with the Divine (surrender and trust in the process), and held that space for Ciccina to work through whatever it was she needed to work through in order to heal herself.

What were you doing when you were running around bumping into walls and yapping? “I couldn’t hold the energy. It was bigger than me. I wanted to get out of my body.”  Were you perhaps raising your vibrations, like Filippo thought you were? “Yes, you could say that, although at the time I didn’t know it. I was just trying to settle and balance all this (energy) inside me. I was afraid. I didn’t understand it. ”

Did it help during that moment when Filippo jumped up and down and yelled out “I love you, you can do this?” Yes. This brought me back into my body. I stopped resisting. I could hold it (the energy) down now. It was time for me to do this for myself, and not be afraid. When Filippo’s heart opened, it opened space for me to heal.

Ciccina came into her own power at this point, as Filippo came into his. “Holding the energy down” literally meant that Ciccina was operating now from the navel center (dan tien- our center of power) instead of feeling scattered and panicked and powerless. Filippo’s words – the determination, belief and strength behind them – was the anchor that Ciccina needed. And the anchor that would support Filippo for the rest of his life.

What were you experiencing during the “healing process” after the being run over? “Love.”

Did you actually set goals for yourself, was Filippo setting them? “Both. We worked as a team. Filippo set goals for me, and he set them for himself. I kept him focused. My only goal was to get through this. For Filippo and for myself. The more belief Filippo had in me, and in himself, the more calm I felt. I was also here for him. I stayed as long as I needed to, and when he completed what he needed to, I knew I could leave.

Of all the healing modalities, crystals, chakra clearing, Energetic Alchemy, music, visualizations, affirmations, etc., which helped you the most? “What helped me most was Filippo’s love. As his heart opened, I was able to heal my body.”

Is what happened between the two of you something that anyone can do with their pets? “Yes” Ciccina feels this was a deep healing on a soul level. A shared journey. “A healing for both of us- possible through love.”

Thank you to you Diana “Dexter” Delmonte from Filippo and Ciccina, from the depths of our opened hearts!