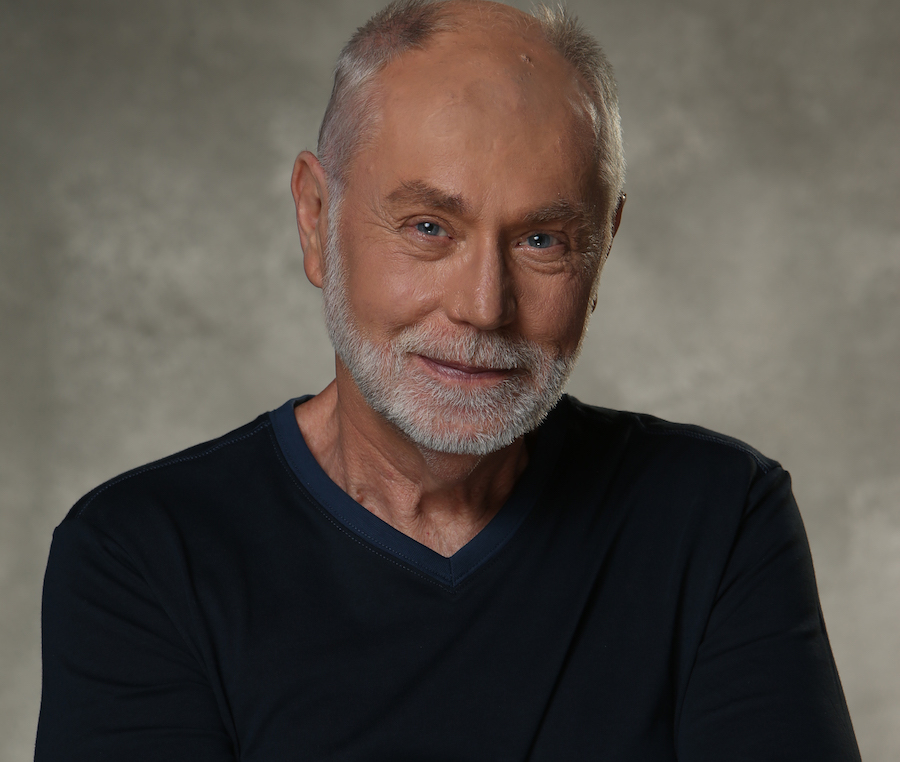 For more than six years in the late 70’s and 80’s, he was the daytime voice and music director of KNX-FM, the legendary CBS “mellow-rock” station in Los Angeles.. While working at Columbia Square, newsman Christopher Ames approached Hall about a movie he and his wife were writing. It was Hall’s role as a burn survivor in that film,  Class Action, (with Gene Hackman and Laurence Fishburne) that most closely parallels his own life.

In 1978, an 18-wheel truck struck David’s car and he was severely burned when the car’s gas tank exploded, leading to the amputation of both legs.  Today, he walks comfortably on two prosthetic limbs.

His appearance in Class Action led to film work with Kevin Spacey in The Negotiator and James Spader in Dream Lover.  His many television guest-starring roles include “Brooklyn South,” “Touched By An Angel,” “Highway to Heaven, “LA Law,” “High Incident,” “The Practice,” and “The West Wing.”

In addition to acting, Hall’s passions include music and voice work.  He’s been heard in hundreds of commercials, animated series, and narrations.

In 2011 a CD of his own songs, “Things They Don’t Teach You In School” received praise from music critics and fans- and led to TV performances and an appearance on the Grand Old Opry at the legendary Ryman Auditorium.

A devoted community activist, Hall  is currently on the board of The National Organization on Disability in Washington, D.C.  He served 15 years as the National Chair of the Performers with Disabilities Caucus for both SAG-AFTRA and Actors Equity and has served on SAG’s national board as well.

Hall also spends time speaking to diverse organizations such as the Youth Leadership Forum for Students with Disabilities, The Amputee Coalition of America, and the World Congress for Burn Survivors.

In 2005 and 2008, he addressed the United Nations General Assembly and helped present the Franklin D. Roosevelt ‘Disability Awareness’ Award to the King of Jordan and the Consul General of New Zealand.

In 2010, Hall spoke at the White House for the 20th Anniversary of the “Americans With Disabilities Act,” and was honored to introduce President Obama.

He credits much of his acting success to years of study with Gordon Hunt, Gary Austin, and work in Equity waiver classical theater.

A graduate of UCLA, Robert David Hall is the father of an adult son, Andrew. He and his wife, Judy, live in Los Angeles.

Learn More About Robert David Hall and His Music at www.robertdavidhallmusic.com/