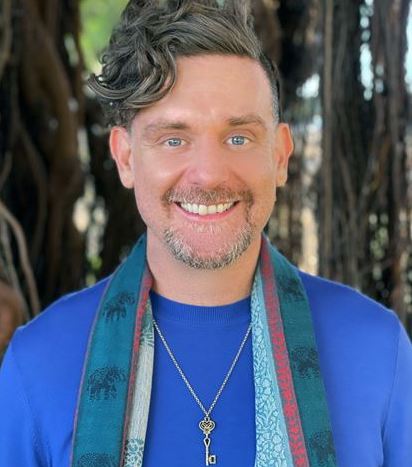 Brandon Beachum is a podcaster, entrepreneur, author, philosopher and truth-seeker. He originally made his way to California from the East Coast when his former band received a development deal with Elektra records back in 2001. Brandon has been a serial entrepreneur since childhood, and in 2010 while living on a friend’s couch, he founded his first significantly successful company, ResortShare. In August of 2015, ResortShare was named the 569th fastest growing private company in America in the annual Inc. fastest growing companies list.

Since discussing and continually exploring what he refers to as “the ultimate nature of reality” is something he is passionate about and feels called to do, he decided that launching a podcast would be the best avenue to pursue his calling, and to help bring this increasingly popular topic of conversation to a broader audience.

So in May 2015 he launched The Positive Head Podcast. The show’s aim is to help listeners consistently maintain an elevated vibration. In an effort to help the listeners achieve that aim, every

Wednesday, he interviews a different author, director, artist, blogger, scientist, entrepreneur or other notable personality who is out there making a positive impact on the world. He’s had the privilege to interview some amazing and highly-respected guests such as Dr. Eben Alexander, Charles Eisenstein, Marian Goodell, Kevin Kelly, Dr. Bruce Lipton, Nassim Haramein, and Sahara Rose. On the other four weekdays, Brandon and his co-host openly share about how they incorporate these spiritual concepts into their day to day lives, give interpretations of their favorite quotes, take questions from the audience, and dig into any other mind- expansive topics that they feel will help keep the listeners’ souls fed on a regular basis. The Positive Head Podcast has steadily grown over the years and has consistently been recognized in the top five podcasts under the “Spirituality” category on Apple Podcasts and currently has over 15M downloads.

In an effort to continue to help others to shift their perspectives to innerstand the “ultimate nature of reality” and create more of what they want to see in the world, Brandon released his first book in January 2021, The Golden Key: Modern Alchemy to Unlock Infinite Abundance. In it, Brandon shares the 8 keys of abundance, which he has unlocked over 25 years of experience and deep exploration. He is gifting these keys to the world via the audio or ebook to help others unlock their own divine potential.

Brandon is also a Co-Founder of a new discount travel platform that is powered by Priceline called HelloVacay which will be launched in the Summer of 2021.

More About Brandon Beachum at: