Gratitude – the Most Powerful Tool for Manifestation and Creation – Ep679-2 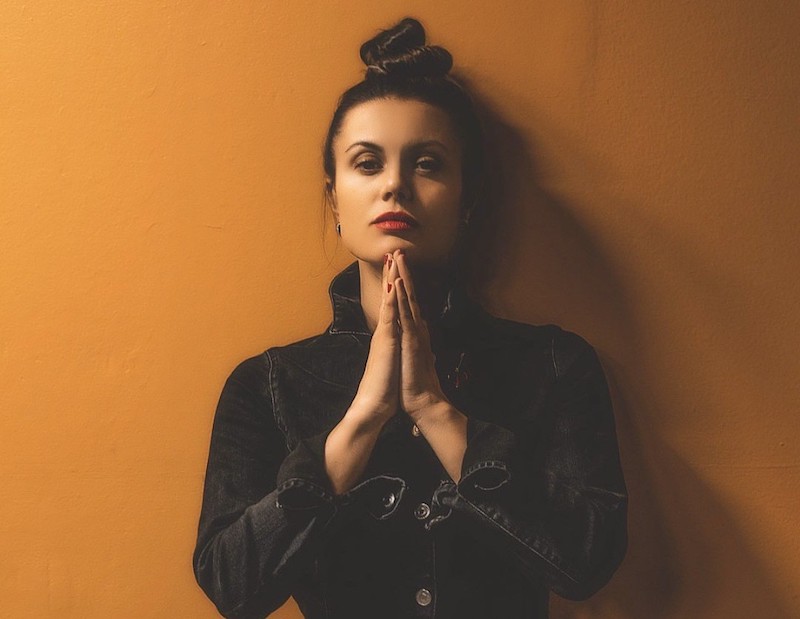 Accomplished Singer/Songwriter Gedina is proof of all the wild magic that comes from living with utter boldness and crystal-clear intention, through courageously forging her path as not only a successful music artist, but also as an entrepreneur and CEO, a lifelong surfer and martial-arts instructor, as well as a fierce advocate for women’s advancement in industries of all kinds. Each of Gedina’s endeavors has engaged her force-of-nature energy and firecracker spirit, including her new music.

This year, Gedina has steadily been releasing new music, including her upcoming single, “Transformer,” the follow-up to her recent power anthem, “Messy,” which released in August 2020. With her magnetic brand of “mermaid-pop,” a sound shaped by her lifelong status as a salty-haired surfer girl, this new single continues in the vein of her work that empowers and elevates while leaving a life-changing impact for each and every listener. Inspired by the power of self-transformation and the opportunities to shift ourselves toward higher-reaching empowerment, “Transformer” is a feel-good track that encourages listeners to look inward and rise up to be their best selves, motivated to take on the world and bring their life to the next level. Produced by Drew Kapner (who’s engineered records for artists including Jason Derulo and Twenty One Pilots) and written by Gedina herself alongside Kapner, Alex Hitchens and James Choi, Gedina’s unique and refreshing sound carries fresh and futuristic notes of pop and dance blended with powerhouse vocals, apparent throughout the lively yet inspiring single. “Transformer” will be available to stream internationally across music DSPs on October 16, 2020 and serves as the second attraction from Gedina’s upcoming album, “Out of My Shell,” set to release later this year.

As a completely independent artist, Gedina is determined to shake up the music-industry culture and carve out a space for artists to fully express themselves. In her efforts to blaze a new trail, Gedina recently launched her own company, “4th Door Records,” which is paving the way for artists in the industry to explore career strategy in a viable way for emerging talent. 4th Door Records exists to formulate strategic support for artists through crowdfunding, publishing deals, tv/film placements, brand partnerships, touring, session work, social media marketing, grass-roots radio campaigns, single record deals, and more. As it stands, there is an untapped lane in the music industry of artists delivering a transformational message, offering the law of attraction, manifestation, responsibility and true accountability, and an ever-growing demand for young experts with the experience to serve them. Through her work at 4th Door Records, Gedina is filling this void and reaching an untapped millennial audience seeking self-actualization through creativity, technology and song. Ultimately, 4th Door Records is creating a world where the universal language, music, empowers the listener to author and own their lives through vulnerability, intimacy, accountability, connection, joy and passion.

On Gedina’s 2018 debut album, “Tell’em,” she introduced the world to the raw passion and uncompromising honesty essential to her mission as an artist: instilling women with the courage needed to rewrite their own stories, and to build a more beautiful reality for themselves. Through the lyrics of the 12-song album, Gedina strives to help and inspire women find their voice, stay in their power, and dismantle all things that no longer serve them. Following the album release, Gedina released the luminous single, “Future Soulmate,” produced by Drew Kapner, offering a rarely glimpsed look into the power of self-belief and manifestation while digging deep to find meaningful human connections.

Raised by a single father in Santa Cruz, CA, Gedina, discovered her love of singing as a little girl, thanks largely to “The Little Mermaid” soundtrack and to the golden-voiced icons she finds infinitely formative, such as Mariah Carey, Christina Aguilera, Celine Dion and Whitney Houston. After graduating from high school at age 15 while spending her early teen years busking and singing in local clubs, Gedina enrolled at UC Irvine and continue to gig in nearby blues bars. Shortly following her college graduation, Gedina made the move out to LA to navigate the music industry and soon landed a blind audition on season three of NBC’s Emmy-award winning musical competition series, “The Voice.” That same year, Gedina released her debut single “Shame,” revealing the depth of her warm authenticity and spirited songwriting. By 2015, she scored an international hit with “First Time, First Love,” a track that has now amassed over 2.2 million streams on Spotify.

When not recording new music in the studio or overseeing her company, Gedina loves to surf and enjoy California’s coastal beaches, travel the world, as well as train and teach martial arts.