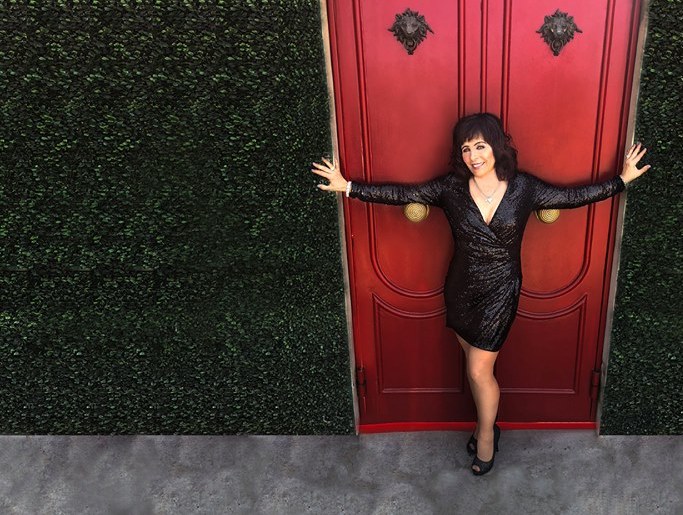 Her first single release has climbed to the TOP 40 on the US Billboard Dance Music Charts. It’s a medley of an original song “Share That Love” and “What The World Needs Now Is Love”, the iconic Burt Bacharach hit song. The Single is playing heavily in clubs across America and on dance radio. The Single is available now on all music download and streaming sites. On Spotify alone it has quickly become a streaming hit, amassing nearly a half million streams in its summer release.

Laura was born in Bronx, N.Y., as a young adult, she developed a love for musical theater, gymnastics and dance. She spent her time studying as well as teaching the arts. Her passion for music grew and she became a professional singer and vocal director. Laura has performed and toured extensively throughout the United States.

Throughout her music career, this visionary artist’s love for people, animals and the environment grew and she came to combine her music and philanthropy interests to create her music mission.

She had the honor of touring with legendary Grammy winning artist, Andy Williams. Laura has co-produced works for film and television projects with Claude Amesse, lyricist for Canada’s International iconic Cirque Du Soleil.

She is currently recording with Producer David Longoria and touring with the world-renowned trumpetist and performer’s We Are One Concerts. The ground-breaking, unifying musical concerts are putting her in front of large crowds at events in California and across the country. With We Are One Concerts, Laura sang for the National Day of Prayer For Our Nation at the White House, in front of more than 3 million people at Unity Day in Brooklyn, N.Y. and at a similar event for Unity in New York, N.Y. Laura’s Legacy Of Love is to make a difference through music.

Laura has been donating her voice and time to Angels of Charity and Music for the past five years and has received letters of recognition from the mayor of Los Angeles for her volunteering efforts. This past August, Laura traveled to Peru and volunteered on a medical mission, where 250 children received cleft palate corrective surgeries.

Laura also supports and is involved with various non-profit organizations including: Ocean Defenders Alliance, cleaning up Orange County and Hawaii seas, and Shelter Box, providing relief for those displaced by war and disaster.

Laura works endlessly on her philanthropic efforts, raising her voice for local and global and charitable events. Laura’s Share That Love Organization (sharethatove.org) supports people and organizations doing charitable work in the world.