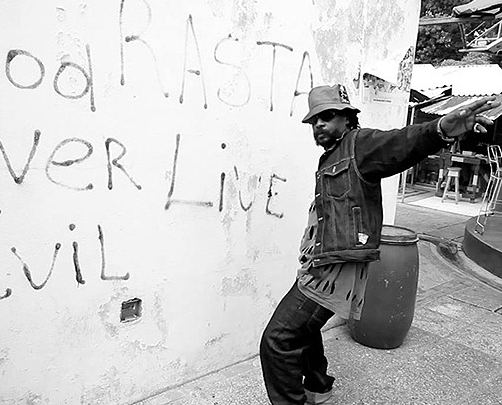 A British dancehall MC who launched his career in the ’80s but later worked with Tom Chasteen and Dub Club.

Tippa Lee was born Anthony Campbell in Kingston, Jamaica. He debuted in 1983 as Tipper Lee and with Johnny Slaughter on their single “Sensimillia.” That year’s split album Murder acted as his debut LP and featured cuts from Lee with Slaughter, along with solo tracks from Toyan.

His partnership with Rappa Robert (sometime Roberts) began in 1987 with a series of collaborative singles that reached its peak in 1988 with the number one Jamaican hit “No Trouble We.” Nuh Trouble We, the album, landed that same year with Tipper now firmly established as Tippa, then another string of singles led up to the duo’s 1990 album, Roots Vibration.

In 2000 he joined the Hit Squad label and moved to the U.S., then in 2003 the Roots Vibration Production label issued his “Tell Me Now” single with superstar Beenie Man‘s “Babylon Fornication” on the flip side.

What followed were some random singles and underground releases not easily found outside San Francisco, then in 2016 he partnered with Dub Club producer and leader Tom Chasteen for the vocal album Cultural Ambassador, along with its dub remix Dub Them with Reality. Both releases were issued by Stones Throw.