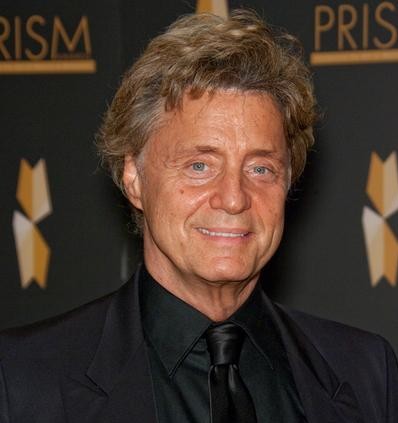 Shadoe Stevens was the first program director of “World Famous” KROQ-FM. He created one of the first Alternative Rock formats in the country. As Vice President of Programming, he created a new music format that consisted of nothing but “cutting edge, exciting new music. As both PD and on-air personality, the “attitude” he developed, combined with this new musical “niche,” resulted in astonishing acceptance in a very short time. Within 6 months it became a number one station. As a radio personality during this period, he won the Billboard Magazine Personality of the Year Award.

After leaving radio for the worlds of television and film, in 1988, he was offered the position of hosting American Top Forty. Casey Kasem left the show, and Shadoe became the new host for the next 6 years. During this time, it became the most successful and widely syndicated radio show in the world. It was broadcast in 120 countries to an estimated 1 billion listeners every week. His voice became one of the most recognizable voices in the world. At the same time, he appeared on Hollywood Squares, which for three years was a top 5 syndicated show.

As a regular on the show, he became a household name. The show continued in successful syndication for another three years. He starred in two network series for CBS, the Fred Silverman production “Loose Cannon,” and for four years the Top 20 series “Dave’s World” with Harry Anderson, Meshach Tayler, and DeLane Matthews. He has frequently been a guest star on a wide range of hit TV series including: Beverly Hills 90210, Baywatch, The Larry Sanders Show, Caroline in the City, Clueless, Burke’s Law, Fast Track, and Sonny Spoon (w/Mario Van Peebles).

As a voice-over artist, he has been the voice of Hollywood Squares, Comic Relief, the Grammy Awards, the Emmy Awards, and countless commercials. He is currently announcer for “The Late Late Show with Craig Ferguson” on CBS.

Learn more about Shadoe Stevens at www.Shadoe.com or www.MentalRadio.net and Buy his book on Amazon.com for Kindle, by clicking Here.