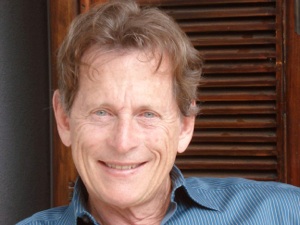 Jim Selman, the founder of Paracomm Partners International, is a recognized leader and authority in the field of organizational transformation and culture change. He was among the pioneers of organizational/management practitioners who identified the need for manifesting organizational change, distinguished the leverage points for leaders and managers to generate change, and developed a technology for accelerating the pace of change.

A member of the Transformational Leadership Council, this innovator and leader has worked extensively on four continents for more than 30 years to address issues of cross-cultural coordination, deconstruct deeply ingrained cultural ‘paternalistic’ patterns, and create business processes based on new ways of observing action. Jim currently consults internationally in English, French and Spanish, and is an advisor affiliated with other consulting groups including Praemia Group LLC and Merkaba International. Innovation Jim Selman was one of the earliest members of the Institute of Management Consultants and among the first practitioners to distinguish organizational culture as a phenomenon in the early 1970s. In 1976, he formed Selman & Associates (known as Paracomm Partners International since 1988) and began research into the nature of culture and large-scale systems change which later distinguished organizational transformation as a distinct field of management theory and practice.

His original work offers a new paradigm for transformational leadership and sustainable cultural change that produces recognized, lasting benefits. During this time, Jim was privileged to work in education and research with some of the leading thinkers and practitioners in the fields of transformation and management, including Fernando Flores, Warren Bennis, Peter Senge, Richard Pascal, Werner Erhard and Ken Blanchard, among others. By the 1980s, he had co-founded Transformational Technologies, an operating network of over 70 consulting organizations in the United States and Europe, and introduced “coaching” as an alternative paradigm of management.

As a coach, facilitator and consultant, Mr. Selman has made numerous breakthrough contributions to his clients’ capacity to mobilize people and build competencies in the areas of communication, relationship, business process design, coordination and executive leadership. Mr. Selman received his BA degree from the University of Oklahoma with majors in Social Psychology and Philosophy, and he attended graduate school at the University of Florida. He is co-founder of an accredited post-graduate coaching program in Buenos Aires. Jim has spoken widely, published groundbreaking works and made significant additional contributions to several organizations.