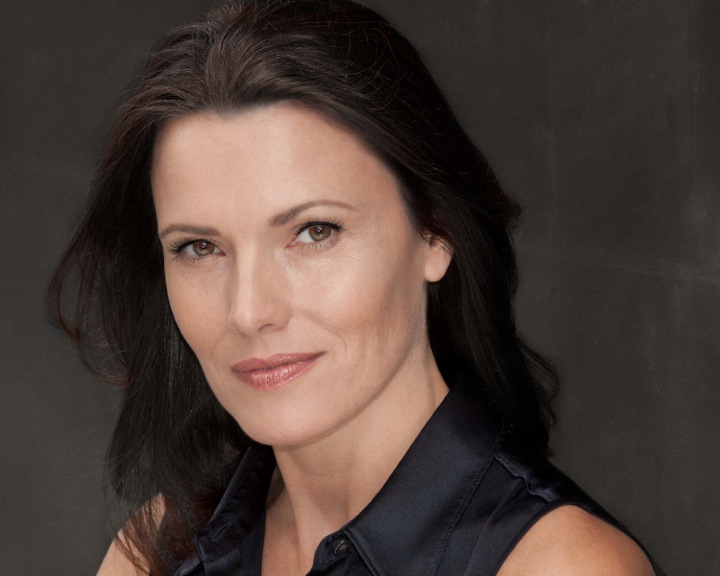 Are you willing to be the best most Awesome version of yourself and be willing to BE the change you so desire?  In this show, learn the path of this INITIATE- From Supermodel to Shaman to AWESOME… Kristen Eykel shares her journey and enlightens the path for those, especially women, who are interested in being the best they can be.

Kristen Eykel is a TV Host, Hypnotherapist & Public Speaker who began her career as a Jet Set Model living in Paris and traveling the world of Beauty & High Fashion. Initiated into the world of Shamanism, Yoga & Birth, Kristen illuminates her experiences and shares her wisdom as a map for any woman who may find herself walking her path to becoming an Initiate.
Kristen Eykel’s 6 yoga DVDs include the award winning “Yoga for Your Pregnancy” made with Yoga Journal & has supported thousands of women worldwide throughout pregnancy and labor. A Certified Hypnotherapist, Birth Doula & Reiki Master Teacher, Kristen is also a recognized personality & TV Host for E! Entertainment, Fox Family, CourtTV, VH1 &The Oprah Network.
Recent former Host of My OWN Time, Kristen Eykel started her international career as a model in Paris and has worked for such magazines as French Vogue, Bazaar, Cosmopolitan andMaxim.Quickly becoming one of the top commercial actresses in Europe and the US, she is recognized for major beauty campaigns including L’Oreal, Biore, Suave, Vidal Sassoon and Lubriderm.Kristen’s television career has included working with Hollywood A-listers Michael Mann and JJ Abrams, as well as guest spots on hit TV shows such as Just Shoot Me, Martial Law and Strong Medicine. As a Singer/ Songwriter, Kristen’s music is included in several films, most notably3,000 Miles to Graceland starring Kevin Costner.Becoming a VH1 VJ launched Kristen into her current career as an on-camera television personality giving her the opportunity to conduct interviews with numerous industry powerhouses such as Meryl Streep, Michael Cain, Jane Campion and the Queen of Soul herself, Aretha Franklin. She has gone on to host a variety of other programs including The Saturday Night Solution on Court TV, Real TV, Fox Family Channel’s Life, Camera, Action,and as a correspondent for E! Entertainment.Kristen is the co-creator and instructor of the best selling pregnancy yoga DVD, Yoga for Your Pregnancy made with Lamaze International and Yoga Journal, and has just completed a 5-part DVD series entitled, Yoga Emergency – the 12 Minute Workout.She has been featured in Fit Pregnancy as an expert in Yoga for Labor, and has appeared on the WB New York’s Morning Show as a Wellness Consultant. Kristen can also be found online as a contributor to Ivillage.com and Iamplify.com as a Pregnancy Yoga and Lifestyle/Stress Relief expert.

A member of environmental advocacy organizations such as NRDC, EDF, WWF, The Nature Conservancy and Environment California, Kristen has taken an active role in supporting those creating change and finding ways that she personally can be a part of the solution. From driving a hybrid to offsetting her carbon footprint for plane travel, to utilizing only non-toxic, biodegradable products in her home, Kristen has been actively living in a sustainable, environmentally conscious way for over 15 years.

In the interest of thinking globally and acting locally, Kristen has volunteered her time to the Sierra Canyon School. She has partnered with The California Department of Conservation, and the Long Beach Aquarium on various projects in an effort to introduce conservation, and to educate the student body about the role that they play as stewards of the environment.

A world traveler, Kristen has fallen in love with this planet, its diverse cultures and people and is committed to finding ways to address planetary change while living an eco- fabulous lifestyle!