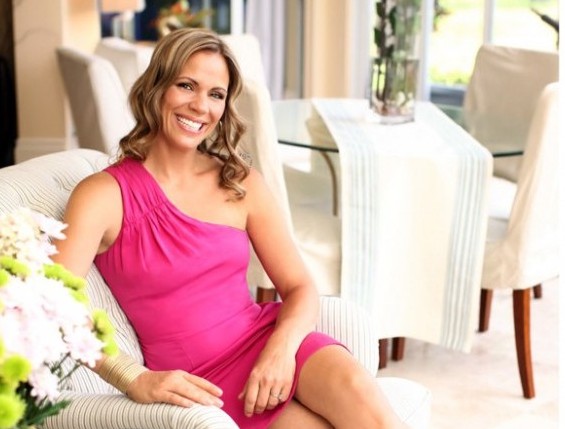 Change Your Life by Changing Your Home with Celebrity Guest, Krista Watterworth Alterman, Host of  HGTV’s highly acclaimed shows “Save My Bath” and “Splurge & Save.”

Krista Watterworth Alterman received her Master in Fine Art from the famous New School in Manhattan, ranked as one of the best fine art programs in America. She furthered her studies at Parsons School of Design, also at The New School and ranked one of the top five design schools in the world . As if her education wasn’t impressive enough, in 2007 as a virtual unknown, Krista went on to star in her own show on HGTV, and the rest is history.

The press has always been drawn to her education but captivated by her on-camera persona – the confident expert who can sell an idea with her assertive charm. New York Daily News writer and friend, Jason Sheftell, calls Krista “a designer who gives a room soul”.

Her marriage to serial entrepreneur Eric Alterman was published in the New York Times Wedding Section (only Carrie Bradshaw knows the importance of such a coup). Although they went on to have two children and re-locate from New York City to South Florida, Krista found time to continue the dream.

The opening of Krista Watterworth Design Studio has set her on the map in Palm Beach County. She was the cover girl for Floridian View magazine, the “Insider” for Luxe Interiors + Design, and the featured artist with a six page showcase of her Florida home in Good Housekeeping. Most recently she had her first international feature in Kitchen Trends.

Krista’s television work continues as she teamed up with Robert Irvine designing restaurants around the country on the Food Network’s Restaurant: Impossible. She joins Rob Van Winkle for the fourth consecutive season on DIY Network’s The Vanilla Ice Project. But she’s most known for her highly acclaimed HGTV shows Save My Bath and Splurge & Save.

Even though Krista’s early career in television began with appearances in multiple national advertising campaigns for brands including Nestle, Mars Inc., and Procter & Gamble, she never imagined she would be a successful designer and on camera personality.