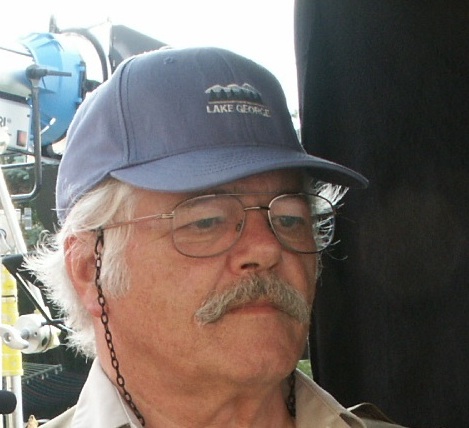 Entertainers and Celebrities are always in the public eye and constantly on our minds. Whether it is because they are acting in something on TV or Film, or acting up in their personal lives, it is on the news, in magazine, and all over the Internet for all the world to see, judge, comment, etc. Yet, the Entertainers and Celebrities are people too. Have we ever stopped to ask, what is their real story? How do they see the world and people?

Tonight’s guest is a man who has worked in the Entertainment Industry for over a half a century, and who has worked in so many of fields of it, with so many well known stars. He has appeared in Prime Time Television Shows, Big Budget Films, and Commercials, acted on Broadway, sung at the Met, Produced over 1,000 TV Commercials, and Produced and Directed over Fifty TV shows, and is still doing it.

Hear the story of a news maker and star maker himself, Ben Bryant.

I have been in the production business since my college days. Until 1972 I was a successful actor and singer in theatre, film, the Metropolitan Opera and TV.

In ’70, seeking to exercise my burgeoning interest in film production, I joined the award winning Group One Productions of Hollywood. I quickly developed production skills on a multitude of projects ranging from two-man second-unit shoots to Carole King’s 1974 Central Park concert (12 cameras and a union crew of over 100.)

Until the early ‘90s I worked in film and TV as a producer and first Assistant Director. Based in New York, I’ve served in one or more of those capacities on over 1,000 commercials and dozens of corporate films for clients including ABC-TV, AT&T, Exxon, Ford, GM, IBM, MacDonald’s, Miller Beer, Porsche-Audi, Proctor & Gamble, and Volkswagen. This work was done in more than half the fifty states, Jamaica and Canada. I’ve also worked as production manager or first AD on five theatrical and TV movies.

After years of supporting directors I decided to apply the skills learned from some of the best and, in ’89, began producing and directing a TV show, Love is the Power. Since then I’ve been working solely in video, producing and directing approximately 70 multi-camera TV shows and over 50 live concerts and documentaries. I now take many projects from concept through completion; often writing, producing, directing, shooting and editing.

A member of the Directors’ Guild of America since ’79, I hold a B.A. In theatre and music from Whittier College.

In 2011, inspired by nothing more than idle time, I began what I thought was a short essay on my childhood in Tennessee. I became so engaged in my memories that the next thing I knew it was two weeks later and I had written twenty-five or thirty pages. I realized that I was beginning to write an autobiography.

Three Stages, book one of this memoir, is the story of my first thirty-seven years – from a small Tennessee town to Hollywood and New York. It comprises my adventures at Hollywood High, Whittier College (where I played football under future NFL greats, George Allen and Don Coryell), in the USAF then as an actor and singer.

The book is filled with stories about the bizarre and funny incidents that happened both on and off stage during my fifteen years as a successful working actor and of the great and not-so-great stars I worked with.

During my next twenty years as a producer and AD (First Assistant Director) I often found myself in social situations – both with fellow film professionals and “civilians” – recounting bizarre or otherwise interesting and funny tales of my adventures in production. At least a dozen times someone said, “You should write a book.” I often joked that, due to the nature of my work, should I ever create such a tome it would be titled Circumstances Beyond My Control. Having finished Three Stages, the obvious next step was this volume.

This book comprises the often hilarious, sometimes exciting series of stories about my adventures in the challenging world of film production. These tales will take you on a stimulating journey that will include an amazing variety of film assignments and locations throughout the US and Jamaica.

I’m currently (September 2014) almost finished with the third and last book, Waiting for Elizabeth which picks up my story at age 55 during a rocky personal and professional period as I migrated from producing to becoming a video director and editor.

To learn more about our guest, Ben Bryant, or to buy his books, visit www.entertainmentbooksbyben.com/
Or
Video Business site:  www.benbryantvideo.com/

To contact Ben Bryant directly, email him at authorauthor@earthlink.net