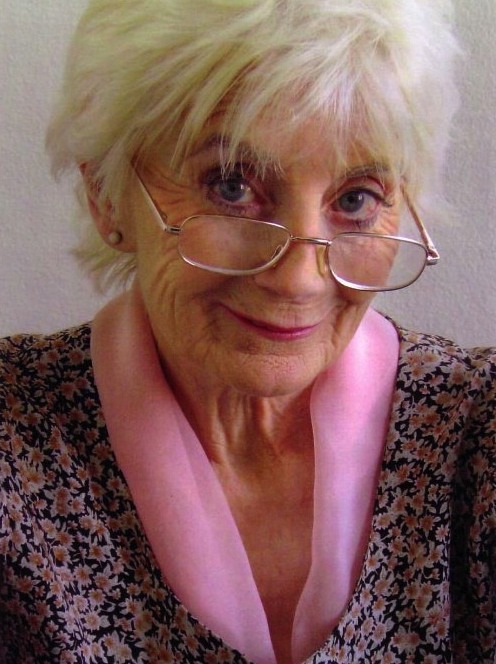 80-year-old Kay D’Arcy was born in peace time in a pre-WWII Great Britain. After the war she married into a French family in England and gave birth to six children while working as a midwife and surgical nurse. When her husband left suddenly D’Arcy felt it “undignified to sit around and wait for him to come back” so she decided to divorce him, leave Somerset and “change horses.” D’Arcy packed up and went to London where she moved in with 7 other students, each at least 30-40 years younger, while she trained in Drama and embarked on a 10 year career in Theatre throughout Europe and Shanghai.

In 2002, in her 70th year, this retired Nurse/Theatre Actress was feeling restless again. Despite her family’s objections this strong willed woman, a grandmother of 11, left everyone she’s ever known and loved behind and relocated to Los Angeles to take on Hollywood.

D’Arcy soon earned her Aftra, then Sag cards with small guest starring roles in TV’s General Hospital, ABC’s Suburgatory and the the 24 spin-off The Rookie:CTU.  D’Arcy played opposite Annette Bening as her patient in the film Mother and Child.  In the upcoming film Summoned starring Cuba Gooding, Jr. D’Arcy plays opposite Ashley Scott (AI, Jericho).  Kay’s most recent roles include that of Trudi Yates on the Profiling 101 episode of the CBS hit series Criminal Minds, and two upcoming features The Shift due out in 2013 and the film Fine Line.

Choir member, writer, poet and humanitarian, it was her avid interest in Tai Chi, which she practices daily, that earned D’Arcy the title role of Agent 88. In anticipation of the Agent 88 Web Series D’Arcy has expanded her Martial Arts training to include Wing Chung, Kali, Tai Chi Fan, Broadsword, Long Knife, Hand Gun and Rifle play.  D’Arcy as Agent 88 has garnered worldwide press.  Her inspirational story has been seen by fans around the globe including an interview in Russia, a live video feed on the UK’s number one Morning show The Lorraine Show and a column one story on the front page of the Los Angeles Times followed by a 2 page spread.  The London Times, London Sunday Times and a leading UK women’s magazine The Lady….. Her Family back in England are still in disbelief.