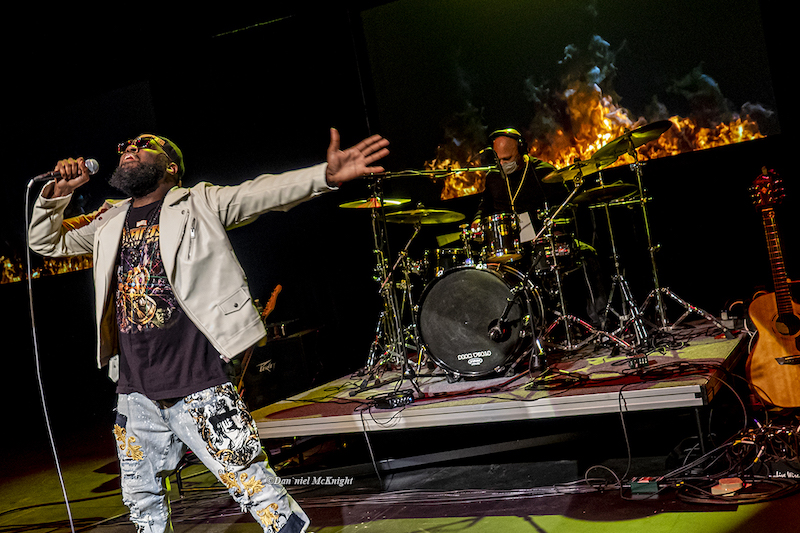 Brinson is an award-winning Christian hip-hop artist from Jacksonville, Florida. He has dedicated his ministry to serving families and hip-hop fans through his music and unashamed love for God.

He is an ordained minister and has studied music business at Belmont University in Nashville. When his passions and gifts are used together, he creates music that edifies and reaches those who would otherwise be unreachable.

He is the founder of GodChaserz Entertainment (GCE) and with that has been able to facilitate more than 20 Christ-centered hip-hop albums. He has traveled the globe spreading the good news of Jesus Christ. Brinson’s music has been seen and heard on ESPN, NPR, BET, MTV, New York’s Hot 97 and TBN, and he is the host of the GodChaserz Podcast.

When award-winning hip-hop artist Brinson Wright was just 4 years old, he was given a cassette tape containing the song “Bible Break” by Stephen Wiley (regarded as the godfather of Christian rap), and a seed was planted. Brinson grew up knowing that the spoken rhymes of rap and the spoken words of the gospel were not mutually exclusive, and that music and ministry could be intertwined and used to edify and reach the often unreachable youth audience.

Brinson’s just-dropped album, Before He Cracks the Sky, is his 11th solo project and 80th overall release from GodChaserz Entertainment, the record label he founded in 2006. On it, he offers a prophetic voice along the lines of Malachi, who fervently attempts to share the good news that his neighbors can indeed be saved.

As with his past projects, Before He Cracks the Sky features top-notch sounds (including contributions from multi-platinum-selling producer Frank Nitty) and guest performances from Christian hip-hop veterans like Corey Red & Precise and Knine, and newcomers Porsha Love, Bri, Lu the Great and TC the Collector.

And like his last two albums, Before He Cracks the Sky is wrapped in a vivid cover designed by notable Marvel/DC/Image comic book artist Ken Lashley (of Black Panther, Star Wars and Spawn fame).

Brinson’s work in other areas has been gaining considerable attention. His GodChaserz documentary has won over 40 awards, and his entrance theme for Serena Deeb was featured on All Elite Wrestling. Plus, his book, 10 Things Every Christian Hip Hop Artist Should Know, provides valuable direction for others who want to enter the music industry without compromising their Christian values.

Using multiple forms of media to share his message comes naturally for Brinson, who is also an avid comic book collector, movie buff and ordained minister.

“It’s time for listeners to lend their ears to Before He Cracks the Sky,” Brinson said. “This is where it all began — telling stories about God’s good grace.”

More About Brinson at: Godchaserz.com