Popular Shows
Home Archived Our World and Us Are Geometric Beings, with Guest Jonathan Quintin on Life Changes With Filippo – Radio Show #115 S3:E24 (2011)

Our World and Us Are Geometric Beings, with Guest Jonathan Quintin on Life Changes With Filippo – Radio Show #115 S3:E24 (2011) 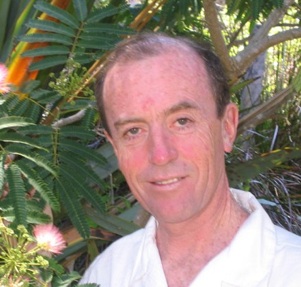 We And Our World Are Geometric Beings… What Does That Mean For You? Jonathan Quintin Bio

Jonathan Quintin is a multi-media artist from New Zealand. He has spent over 30 years in the investigation and application of sacred geometry. Sacred geometry is the ancient art, science and philosophy of space and proportion. It addresses the laws of creation and the inner workings of nature.

Jonathan has travelled extensively and lived in different countries around the world. He has always been interested in ancient civilizations and observed that many of them, although separated by thousands of miles and thousands of years… applied the same sacred geometric principles in the construction of their pyramids, temples, monuments etc… as a way of aligning with the natural forces.

The ancient structures modeled aspects of universal order and produced resonant fields that were conducive for experiencing states of higher consciousness for those who entered. Jonathan felt if the ancient builders of these amazing constructions placed so much importance in sacred geometry it was worth investigating. This quickly turned into a life-long pursuit.

Sacred geometry is both exoteric and esoteric, providing an interface between the seen and unseen, the quantitative and qualitative, the finite and infinite, the physical and spiritual, the mundane and profound. It symbolizes the relationship of form, movement, space and time.

Jonathan’s quest as an artist is to provide various modalities that help attune human consciousness to the natural harmonics of creation. His work is based on pure mathematical principles and reveals a beautiful and profound order existing on the archetypal planes.

This order emanates from source and can only be known to us through geometry. It is beyond space and time and exists in a state of potential and is made manifest through conscious awareness. It is a key that can open our minds to unity consciousness and self-realization.

Sacred geometry was once a closely-guarded secret available only through the mystery schools. This time on Earth, however, is unlike any other. The old world is dying and a new world is being born. Information that was previously available only to the elite is now available to all who seek it. Sacred geometry provides a means through which we can align to new paradigm and move with the changes rather than be overwhelmed by them. www.sacredgeometry.com.au

Jonathan is a friend and colleague of Nassim Haramein. They will be co-presenting in the Southern California area over the next few weeks, culminating with Nassim’s Delegate conference in Joshua Tree 8/9/10th July.

The events will be posted on their websites www.theresonanceproject.org and www.sacredgeometry.com.au .