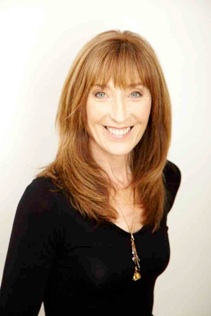 Patricia Albere is an internationally recognized pioneer and teacher, championing Evolutionary Relationships in our intimate, social and professional lives — offering a way of experiencing one another without competition, aggression, or jealousies. By removing the traditional roles and broken rules that have held us down for millennia, Evolutionary Relationships is our ideal way of interacting — recognizing that in order to succeed, we must develop the skills of ‘mutuality’ that include love, trust and sharing.

Building on the most recent advances in neuroscience, and applying the wisdom of many spiritual tenets, Evolutionary Relationships is the next step in humanity’s development. It is founded on the belief that by dropping our illusions, fears and self-serving strategies, we can experience a new way of relating as life partners, colleagues, and in our communities. It can be called ‘The Higher We’ and explores our potential to consciously engage. Albere’s extraordinary mastery in the areas of Evolutionary Relationships comes from awakening over 150,000 people to the profound depths and infinitive possibilities that exist between two or more people connected to something greater. As one of the original core members of Werner Erhard’s ‘est’ organization (now known as the Landmark Forum), Albere was instrumental in expanding the organization during her 12 years with them. And it was the work of ‘est’ in the 1970s that became the foundation for the proliferation of personal growth, transformational and corporate leadership programs we are familiar with today. From her early work with ‘est’ Albere learned the first lesson of what makes human life meaningful: to live from a commitment to make a difference in the world. However, it was the second lesson that profoundly changed the course of her life, and her work.

Already known as a respected teacher and public leader, at age 33 Albere met her soulmate and was catapulted into a whole new dimension of existence. From these new states of consciousness and deep love, they discovered and refined a new way of relating called the Ten Principles of Evolutionary Mutuality. Though her soulmate died only five years later, Albere has continued to teach this groundbreaking work, providing the wisdom and tools necessary to access this quantum field of relating. She has since facilitated the transformation of thousands of lives and countless relationships worldwide.

Albere is the founder of the Evolutionary Collective, a community that gathers innovators, teachers, and leaders to share a new level of creativity and intelligence, and provides a powerful container for like-minded souls to whole-heartedly engage and experience cutting-edge perspectives. She is also the popular radio host of The New Edge Series.

Patricia and her fiance live in Santa Fe, New Mexico. Her book, Evolutionary Relationships, is expected to be released in 2012. Listen to her speak on the topic here: The New Edge Series Radio Show. www.evolutionarycollective.com