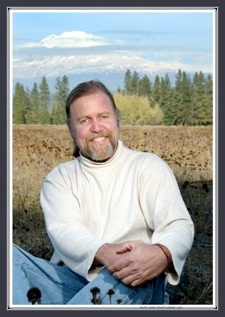 James Gilliland is the director of the Self Mastery Earth Institute and ECETI, Enlightened Contact with Extraterrestrial Intelligence. After a Near Death Experience James returned with what he refers to as Interdimensional Mind; the ability to move beyond the body and the personality into other planes and dimensions throughout the multiverse. This includes the ability to experience different time lines and future probabilities. He is dedicated to the awakening and healing of humanity and the Earth as well as researching and ushering in new healing and Earth friendly energy technologies. James has a timely message, and now is the time for this message.  He will change the way you look at the sky and think about extraterrestrials.

James Gilliland was raised in a small desert town spending most of his time in nature. He studied biology, chemistry, physics, psychology, pre-law and pre-dental, yet did not acquire a degree or practice professionally. James has in depth experience and knowledge in construction industry, grocery industry, real estate industry and owned his own commercial real estate company which developed and managed shopping centers and other large multi-million dollar projects. He was also on the board of directors for the chamber of commerce.

After a near death experience brought about by drowning, James could no longer continue business as usual. His eyes were fully opened, and he saw the lack of love and joy in his life and his work. Success through material acquisition, “the American dream”, was now seen for its emptiness. He realized that the temporary joy and pleasure possessions and outer appearances brought were not the goal and began his inward journey. After experiencing the pure unconditional love and joy, “BLISS”, of connecting directly to the source during his near death experience, all that mattered was to reconnect and maintain that contact.

This began a spiritual journey and 20 year quest which included 6 years of Yoga, The Inner Christ Ministry, and the Tibetan foundation were he was certified as being an intuitive visionary of the highest consciousness and energy. He has studied with other yogis, lamas, master teachers and continuously has been taught from within through his extensive practicing of meditation. He is a teacher, spiritual counselor, energetic healer, and published author, “Becoming Gods 1 & 2”, which can be sent upon request. He was recently honored by a venerated teacher in the Lama traditions as ”Rigdzin Norbu” which translated means “Jewel of Pure Awareness.”

After his NDE, James received the gift of Interdimensional Mind and the ability to transfer powerful consciousness and energy to others, helping them in their own awakening and healing process.  He is a Published Author of REUNION WITH SOURCE and BECOMMING GODS II, Master Teacher and Energetic Healer.  His over twenty years of experience include 6 years of Yoga, Teaching of the Inner Christ Ministry and the Tibetan Foundation where he is certified as a conscious channel of the Highest Consciousness and Energy.

He’s lived a semi-reclusive life since 1986 at the Sattva Sanctuary, a 70 acre mountain retreat located at the base of Mt. Adams in Trout Lake, Washington. The Sanctuary has been in operation since 1986. It has been recognized by many sensitives, intuitives, adepts, and masters of all walks for its spiritual qualities which greatly enhance and accelerate the awakening and healing process. The Sanctuary and those who participate are dedicated to the awakening and healing of Humanity and the Earth, body, mind and spirit.

Most recently James has been featured in John Savages’ and Michael Knight’s documentary “Contact Has Begun” His Story with James Gilliland. James Gilliland plays the key figure in the movie documentary, Contact Has Begun. This movie is also featured in, The Veil is Lifting, and the new soon to be released movie, Thrive. He has appeared on The Coast to Coast AM Show, has been a frequent guest on the Jeff Rense Sightings on the Radio, Laura Lee Show,Millennium Mysteries, Sean David Morton and Shine Talk where he demonstrated charging 9 batteries in a row by merely holding them, and other to numerous to mention radio shows.

He has been a speaker at many events and featured on the The History Channel’s, “UFOs Then and now: Hot Spots”, ABC and FOX news, King 5 (Seattle) TV’s Evening Magazine, Elaine Smitha, Daylene Gates Simply Spiritual, Off The Record with Ted Loman, International UFO Congress, and many other national and now international TV, radio and other media events.

His articles and UFO reports have been featured by Magical Blend and UFO Magazine and have been regularly featured by major UFO information outlets such as Filer’s Files, UFO Roundup, CAUS,MUFON, Skywatch International, PSI Applications, UFORC.Com, Farshores, The Virtually Strange Network.