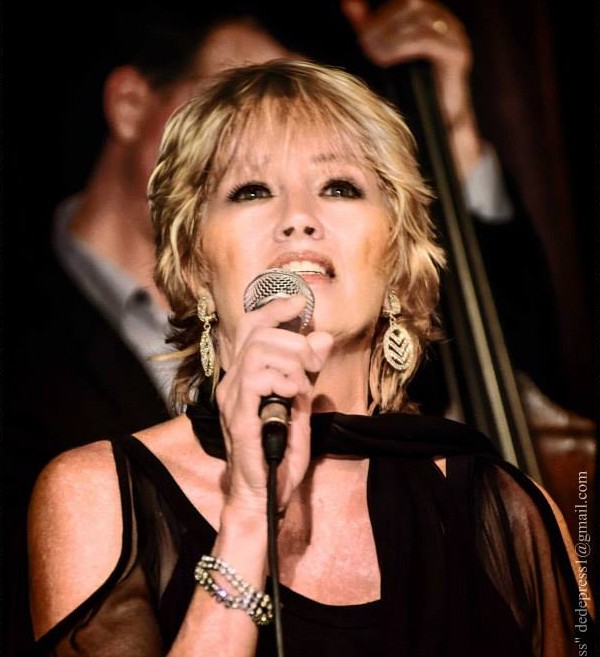 CHRIS BENNETT, one of America’s premier entertainers and artists, has released SAIL AWAY: The TAHITI SESSIONS, her 11th studio CD recording, securing a revered place as one of an intimate handful of successors to Peggy Lee, June Christy, Shirley Horn, Anita O’Day and the classic American female jazz vocalists. “She’s divine”, raves Sandy Shore, of Smooth Jazz Radio, “her crystal clear voice, jazzy phrasing, and dynamic range has placed her in a small handful of the legends before her.”

With a dancer’s skills and a vocalist’s talent, Bennett was selected by Jim Nabors to join his Las Vegas revue which toured cross-country. Performing onstage every night in new venues, playing to fresh audiences in different cities, Bennett gained the confidence and experience of a seasoned professional. Soon, she would go on tour to headline her own shows across the globe. From choreographing her dancers to selecting the repertoire of her band, Bennett incorporated contemporary pop covers and jazz standards in her shows. She also cultivated a new passion: songwriting.
By her mid-twenties, Bennett was already a well-traveled woman and, certainly, a vocalist of the world. While on tour in Germany, she was scouted and hand- picked by multi-Grammy and multi-Academy Award winning composer/producer Giorgio Moroder to join the popular disco group Munich Machine. He chose Bennett to be the lead vocalist for their sophomore album which would contain a dance version of the Procol Harum rock classic A Whiter Shade of Pale. Bennett not only recorded the entire album, she also posed for the groundbreaking cover art. Bennett’s runway model’s body and movie star looks caused an international sensation and made for one of the highest charting and highest grossing disco albums of 1978. > A humanitarian of the first order, she has also co-written and recorded a song in memory of the Holocaust survivors, Remember, as well as a song in support of marriage equality, Everybody Has The Right. Chris and fellow Disco Diva, Pattie Brooks, are currently performing the song at Marriage Equality events and their rousing dance anthem is charting on I-Tunes. An outspoken artist for social change and an advocate of community activism, locally and globally, Chris is often called upon to perform in benefit of organizations such as SHARE, The Torch Foundation, HoLa, and many others.
> From disco diva to jazz chanteuse, the musical journey of Chris Bennett has been the evolution of an artist come full circle. An accomplished vocalist, pianist, composer and producer, she recently added Broadway musical composer to her repertoire.  Her live “Majestic Show” with full jazz orchestra will tour Europe this summer beginning in Berlin at the A-Trane in August and ending up in Zagreb, Croatia, on September 18th for Croatian National Television.

> Her latest CD is a return to her roots as a singer-songwriter. Combining self-composed ballads and unusual jazz standards, SAIL AWAY: THE TAHITI SESSIONS is her most powerful album to date… and her most personal.

Learn More About Our Guest Chris Bennett at www.chrisbennett.com