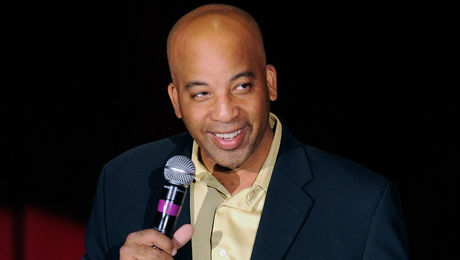 Craig Frazier is one of the funniest comedians on tour. His one-of-a-kind humor has cracked up audiences all over the world and is currently on tour with comedian DL Hughley, one of the original Kings of Comedy.

Craig began his comedy career at Howard University in Washington D.C. doing open mic nights. He competed in and won first place in the Miller Lite National Comedy Search beating out comedians from all over the country. The show was hosted by comedy legend Redd Foxx and judged by a panel of celebrity judges and agents. This led to Craig going out to tour as the opening act with several musical artists including singing great Patti Labelle and Jeffrey Osborne. While on tour, he was discovered by Keenan Ivory Wayans and was invited to be the Audience Warm-up guy for the break-out hit TV show “In Living Color”.

Craig’s other TV and Film credits also include working with Will Smith on “The Fresh Prince of Bel-Air”, “The George Lopez Show”, “Moesha”, “For Your Love”, and “Bruno”.

In addition to touring the US, Craig has also done numerous tours for the military troops in Japan, both performing himself as well as organizing other talent to entertain our troops stationed abroad.

Accomplishments
•Performs live stand-up comedy routines throughout the U.S. and internationally including recent performances as the opening act for D.L. Hughley at various comedy and improvisational clubs.
•Audience warm-up for TV shows including D.L. Hughley’s Break the News, George Lopez Show, Moesha, Half & Half, the Hughleys, For Your Love, The Parkers, Fresh Prince of Bel-Air, Living Single, and In Living Color.

•Guest star and performer for film and television shows including Nickel & Dime, Sabrina The Teenage Witch, For Your Love, In Living Color, Best of Comic View, and Love Hurts.

•Radio voice-overs for the Tom Joyner Morning Show and others.

•Booking Agent and Promoter of entertainment for U.S. military troops based in Japan, Guam, Hawaii, and Korea.

Learn More About Our Guest Craig Frazier at www.CraigFrazierComedy.com