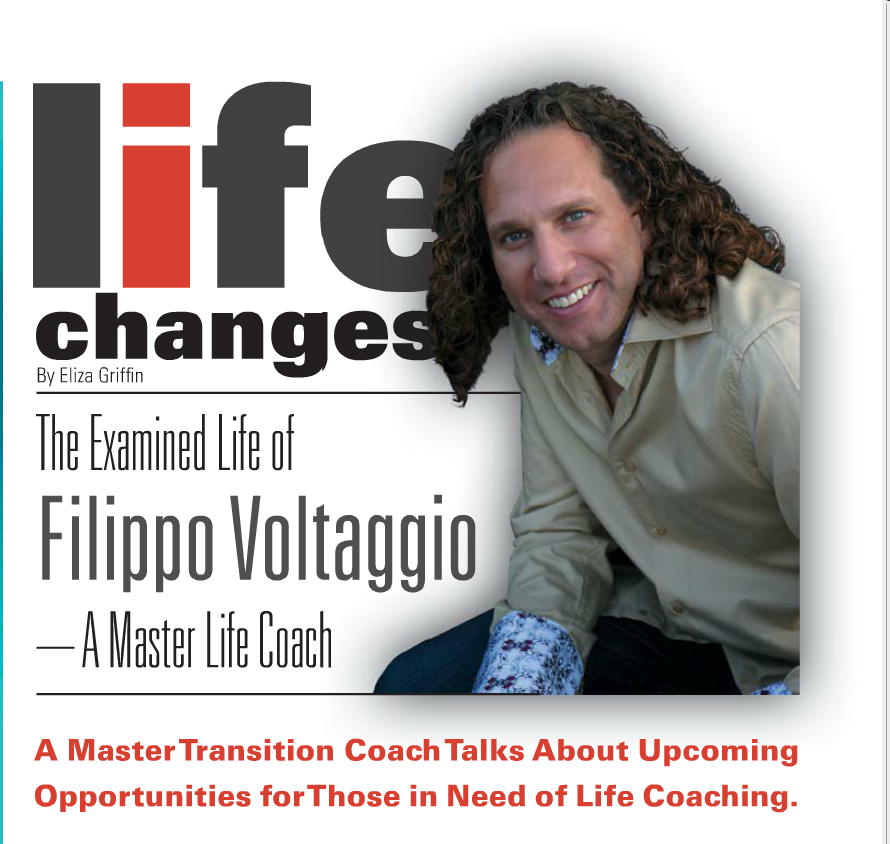 A Master Transition Coach Talks About Upcoming Opportunities for Those in Need of Life Coaching.

Every Monday Night on the BBS Radio Network, The LIFE CHANGES Show starts off with the Intro, “…and now, the Master of Change, the MC, Filippo Voltaggio.” Filippo fought to have this taken out of the Intro, but was overruled by the show’s Executive Producer, Dorothy Donahue, and Producer Mark Laisure. Having known and worked with Filippo for many years, they felt that if anyone deserved that title, it was him.

Recently, Master Pensuk, Founder of the Save The World Foundation, concurred by bestowing on Filippo the honor of “Master Award,” an honor he now shares with Bill Gates, Mark Zuckerberg, Richard Gere, Nelson Mandela and Steve Jobs, among others.

Filippo accepted the The Master of Change moniker, not because he has “changed” so many times. No, it is more because, as he says, “We all change, all the time.” Like all of us, he has experienced his fair share of changes, and then some. The difference in his personal process was that he was aware it was happening. All along, it was as if he was anticipating some of these transitions, and saying, “And this is where my life changes again.”

Filippo has parlayed his own changes through many careers, all of which have made him a better life coach and change leader. Having gained degrees, credentials and “learnings” along the way, he just keeps using the accumulated knowledge in each life change, and his clients are always the benefactors.

As Filippo likes to say, “I was life coaching as a child, though nobody took my advice because I was a child. Now as an adult, I am saying many of the same things I said then.” Though Filippo informally life coached throughout most of his adult life, he considers having officially started coaching six and a half years ago when he and his partners co-founded The LIFE CHANGES Network. During that time, he has had the opportunity to practice life coaching on-air, one-on-one and in groups.

Filippo considers himself to be a Transition Coach. Whether it’s changing our careers, our marital status, or when we are changing through a birth or through a death, at some point in our life we all have major transitions to cope with. His clients run the gamut from physicians and business owners, to stay at home moms, with ages ranging from young adults to seniors.

Filippo takes all his clients through a version of what he has coined his Life Coaching Boot Camp, whether they think they need it or not. He says that many other programs wouldn’t work without the client having gone through Life Coaching Boot Camp first, and others would work so much better afterwards. Life Coaching Boot Camp does so much of what boot camps are known for, which is to work on our core. Whether it’s our core muscles or the core of our life, the core is the key to a balanced, fit body and balanced life. After all, no athlete who is serious about having any kind of career in sports would attempt to coach him or herself alone. With that in mind, what makes any of us think our lives and careers won’t benefit from the help of a coach?

Coming in October, Filippo will be offering a first ever on-line version of the Life Coaching Boot Camp. Stay tuned to www.lifechangesnetwork.com for the details.

As part of his continuing personal education process, Filippo took an Improv class about five years ago – only this time, he couldn’t shut off his life coaching mind. This proved to be fortuitous because he realized that most of the students, himself included, were “improving” by drawing from their life experiences. Though this makes sense, and makes for good Improv, he recognized the issues coming up in class through improv could be tools he could utilize in his coaching sessions to bring real life changes for his clients.

This “aha” moment led to Filippo’s Life Improvement Workshop. The workshop is based on “Every Moment Is An Improv Moment”. It’s fun, fast paced, funny – and effective. His next workshop will be held on Saturday, September 26, 2015 at the World Famous Hollywood IMPROV with Special Guest Host, Kato Kaelin and Special Guest Comedian Rick Overton, and Life Changers, Mark Laisure, Dinah Leffert, and Filippo.

Learn more about this and more
www.lifechangesnetwork.com 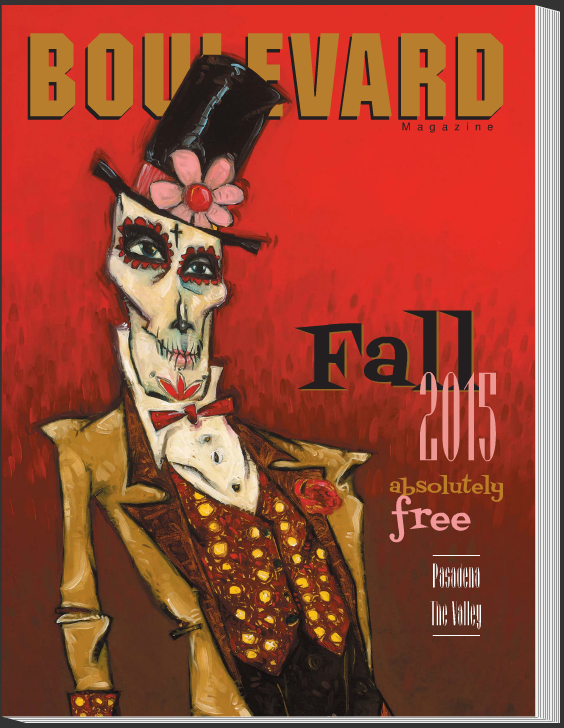 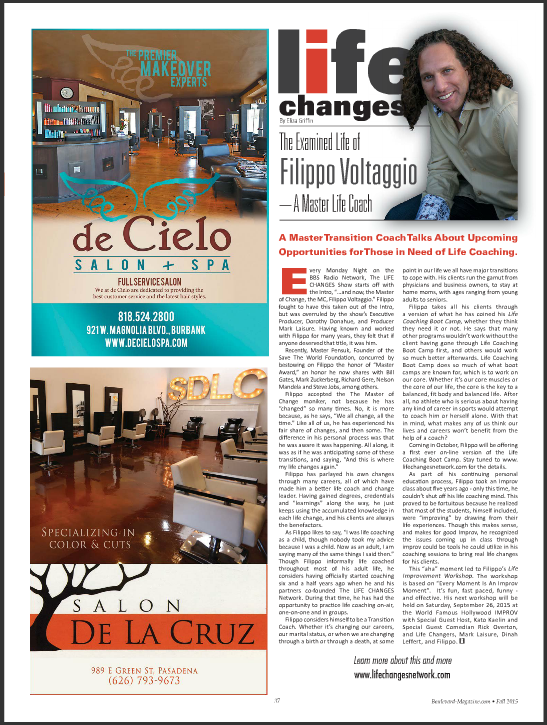