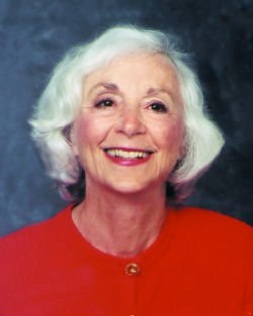 Buckminster Fuller has called Barbara Marx Hubbard “the best informed human now alive regarding futurism and the foresights it has produced.” Widely regarded as his philosophical heir, Barbara is a social innovator, speaker, author, educator and leader in the new worldview of conscious evolution.

In 1945, when she was 15 years old, the first atomic bombs were dropped on Japan. This terrible act prompted Barbara to ask the fundamental question:  “What is the meaning of our new power that can be used for the good?  And “What are positive images of the future equal to these new powers?” This defining moment propelled her on her life’s quest to find answers to these questions. The insights she has gained has led to her definitive message of hope that “Our crisis is a birth” of a more universal human and universal humanity.

Through her books, DVDs, educational programs, TV appearances, interviews and speaking engagements, her message continues to bring answers and comfort to global audiences seeking answers to today’s most pressing issues.

She is currently the producer and narrator of an award-winning, on-going DVD series entitled  “Humanity Ascending:  A New Way through Together.”  Part One: Our Story, now translated into seven languages, has been selected for the prestigious Spiritual Cinema Circle. Part Two: Visions of a Universal Humanity, brings together cutting-edge scientific, social and spiritual visionaries to create a positive vision of our future equal to our new capacities.

She was instrumental in founding many major organizations including the World Future Society, New Dimensions Radio, Global Family, Women of Vision In Action, The Foundation for the Future, and the Association for Global New Thought.

In 1984 her name was placed in nomination for the vice presidency of the United States on the Democratic ticket, calling for a “Peace Room” as sophisticated as our war room, to scan for, map, connect and communicate what is working in America and the world.

As a citizen diplomat in the former Soviet Union during the 1980’s she co-chaired a number of Soviet-American Citizen Summits, introducing a new form of conferencing called SYNCON to foster synergistic convergence. This model brings opposing groups and functions together to seek common goals and match needs and resources including the growing edge of human capacities, spiritual, social and scientific/technological of the whole system.

Wisdom University has recently enlisted her to develop the first Chair in Conscious Evolution where she will join with her colleagues to develop a comprehensive field of study to envision and manifest a positive future.

She remains a leader on the growing edge of the women’s movement, supporting the emergence of the Evolutionary Woman, the Feminine Cocreator who is calling for the next level of creativity and partnership between women and men to guide our world through our current challenges and opportunities.

*Barbara’s books include: The Hunger of Eve: One Woman’s Odyssey toward the Future; The Evolutionary Journey: Your Guide to a Positive Future; Revelation: Our Crisis is a Birth –An Evolutionary Interpretation of the New Testament; Conscious Evolution: Awakening the Power of our Social Potential and Emergence: The Shift from Ego to Essence.

Learn more about Barbara at www.BarbaraMarxHubbard.com