Popular Shows
Home Topics Alternativity Checking In With the Other Side, with Guest William Constantine on Life Changes With Filippo – Radio Show #135 S3:E44 (2011)

Checking In With the Other Side, with Guest William Constantine on Life Changes With Filippo – Radio Show #135 S3:E44 (2011) 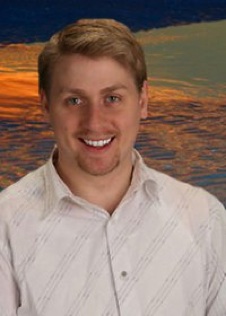 It’s Halloween… Let’s Check In With The Other Side

For the past ten years, William Constantine has gained international recognition and respect as a psychic medium, intuitive, life coach, spiritual teacher, and luminary. As with all psychic mediums, William’s gifts connect him to the “other side” or “spirit world”. He has spent a great deal of time learning to master these gifts by “training” with other psychic mediums, angels, ascended masters, “Earth” and “Light Bound” spirits.

His psychic mediumship skills provide him an uncanny ability to communicate with the “Other Side”. During William’s psychic medium sessions he provides; names, dates, places, physical descriptions, personalities, as well as other evidential insights of Spirit, offering proof of “Life after Death” and the existence of the “Spirit World.”

These deep connections with the spirit world provide William with profound insights which have guided him to teach and share his gifts with others.

William Constantine, is also an empowering New Thought leader helping people transform their lives by realizing that everything they could ever want they already have, to get out of their own way; to release fears, doubts, and anxieties; to break free of the human conditioning, thoughts and beliefs that no longer serve them; and to surrender to the Infinite Intelligence within them.

William has counseled scores of people across the globe by helping people create a renewed faith in themselves and their potential.  Truly helping them understand that it is their conditioned beliefs – beliefs often impressed upon us and not of our own creation – that are causing them to think, act, and be the person they are in this moment. Constantine offers a way out and a process through which people can change their conditioned belief system.

Constantine, himself, is no stranger to struggle and adversity. In fact, his life has been filled with every “negative” facet of the human experience; abandonment, malnourished, a drug addicted mother, abuse, molestation, divorce, homelessness, etc. Yet, he has learned a way to turn “Negatives to Positives” and to allow them to empower him instead of dis-empower.

William teaches about the power of Affirmations and Meditation and how to use utilize them to create a more healthy, peaceful, abundant life.

Having appeared on CNN, HLN, NANCY GRACE, ABC News, and more he makes a great interview or expert panel guest. He has lectured at Metaphysical and Holistic expos all over the East Coast and has spoken at public and private events including “The Learning Annex”. It has been through his writings and teachings he has been dubbed a living Luminary.

Constantine is an Ordained Minister of Metaphysics and currently holds both a Bachelors Degree in Metaphysical Sciences and a Metaphysical Practitioners Diploma.